Kerry: US, Russia agree on 'some fundemantal principles' for Syria 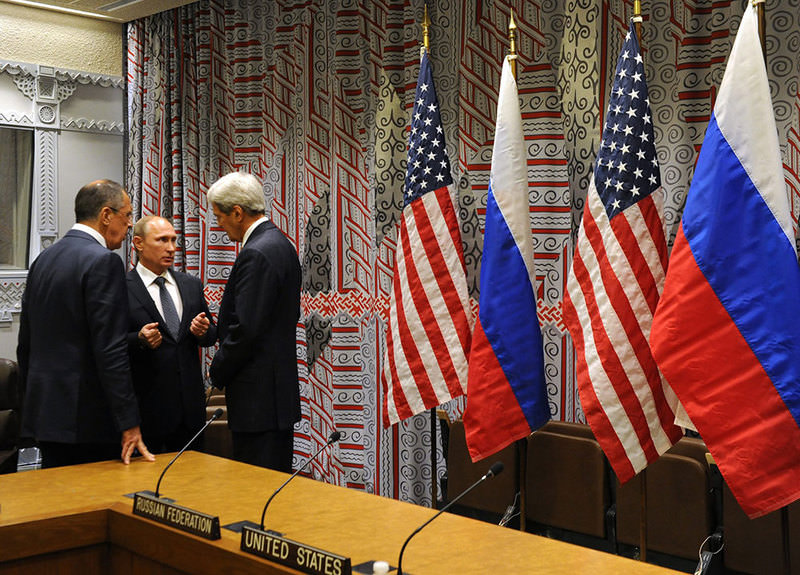 by reuters Sep 29, 2015 12:00 am
The United States and Russia agree on "some fundamental principles" for Syria, the U.S. Secretary of State John Kerry said on Tuesday, adding that he plans to meet again with Russian Foreign Minister Sergei Lavrov on Wednesday.

"There was agreement that Syria should be a unified country, united, that it needs to be secular, that ISIS needs to be taken on, and that there needs to be a managed transition," Kerry told MSNBC, adding that differences remained on what the outcome of such a transition would be.

Speaking in the television interview from New York amid the United Nations gathering this week, Kerry said both U.S. President Barack Obama and Russian President Vladimir Putin are both "looking for a way forward" in Syria, suffering from a four-year civil war as well as the rise of Islamic State.

Kerry described Obama and Putin's meeting on Monday to discuss the crisis as "genuinely constructive, very civil" with "a very candid discussion."

"Everybody understands that Syria is at stake, and the world is looking rapidly for some kind of resolution," Kerry said.

"We are looking for a way to try to get to a point where we can manage a transition and have agreement on the outcome and you could resolve it," he added.

Asked about whether there was an opportunity to use Russia and Iran's influence in Syria to halt Assad's use of barrel bombs on Syrians, he said: "Absolutely."

He added that he raised the issue in meetings with Russia and Iran.

"They are both in the position, in exchange perhaps for something that we might do, they might decide to keep Assad from dropping barrel bombs," Kerry told MSNBC's "Morning Joe" program.