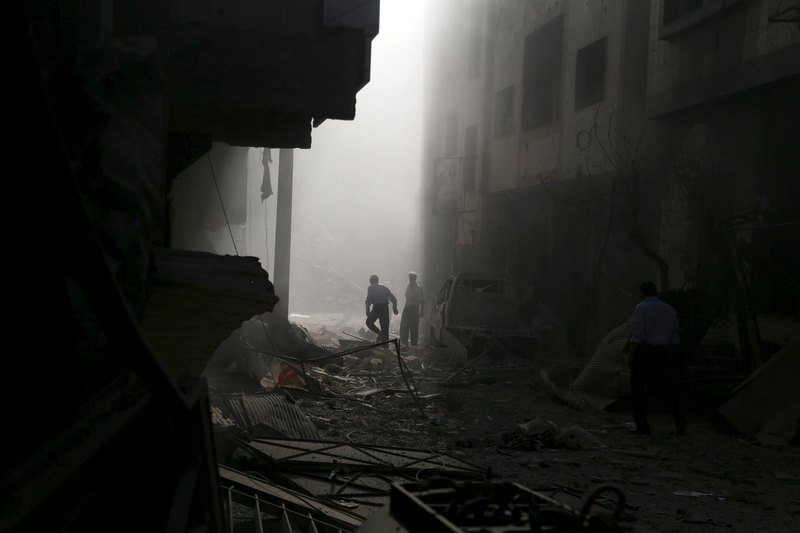 by Daily Sabah with AP
Oct 02, 2015 12:00 am
Syria's foreign minister said on Friday said Russia's decision to start bombing targets was based on the request of the Syrian government and is effective because it supports Syria's efforts to combat terrorism.

Addressing the summit of world leaders at the U.N. General Assembly, Walid al-Moallem also said that the Assad government guarantees safe return and decent life for citizens who are willing to return to war-torn country while Russia's decision to start bombing targets in Syria adds another layer of tensions to the region.

Al-Moallem announced the Assad government will participate in UN-led working groups toward a 3rd round of peace talks in Geneva.

Moallem also spoke about the political transition in the country, saying "How can we ask the Syrian people to head to the ballot box while they are not safe in the streets?"

Western powers, that oppose Syrian President Bashar Assad, have questioned Moscow's assertion that it is targeting ISIS terrorists in Syria, saying the areas hit close to Homs are strongholds of the moderate opposition to Assad. Allies in the U.S.-led coalition have called on Russia to cease attacks on the Syrian opposition and to focus on fighting ISIS militants.

According to the Syrian National Coalition, the main Western-backed opposition alliance, the Russian air raids resulted in the deaths of 36 civilians, including five children. The areas targeted by Russia were free of any ISIS or al-Qaida presence, said the group's chief, Khaled Khoja.

Syria's devastating civil war, now in its fifth year, has claimed more than 250,000 lives, according to UN figures, and made the country the world's single-largest source of refugees and displaced people.