Russian approach to Syria is 'recipe for disaster', Obama says 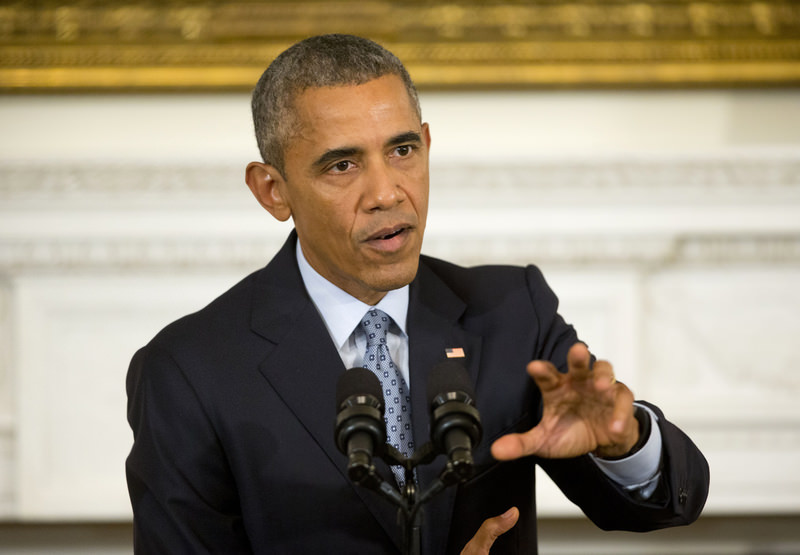 by Daily Sabah with Agencies
Oct 02, 2015 12:00 am
US President Barack Obama warned Friday that Russia's military engagement in Syria in support of strongman Bashar al-Assad is a "recipe for disaster," though Washington could still work with Moscow on reducing tensions.

Obama made his remarks at a White House news conference Friday.

Russian President Vladimir Putin "doesn't distinguish between ISIS and a moderate Sunni opposition that wants to see Mr Assad go," Obama told reporters, referring to the ISIS group. "From their perspective. they're all terrorists, and that's a recipe for disaster."

Obama said Russian President Vladimir Putin has not attracted international support for his approach in Syria, which is a longstanding Russian ally. He said only Iran and Syrian President Bashar Assad are on Putin's side, while the U.S. is leading a 60-nation international coalition against the Islamic State in Syria and Iraq.

He also said that the U.S. is working with Turkey and some other countries in the region to "make things safer" along the Syrian border. The president's remarks came after Turkish prime minister reiterated a "safe zone" must be imposed in Syria during his speech at the United Nations General Assembly.

However when asked about Hillary Clinton's support of a no-fly zone in Syria, Obama said there's a difference between being president and running for president, adding that Clinton's opinion on the matter was still rational.

Russia bombed Syria on Friday for a third straight day, mainly hitting areas held by rival insurgent groups rather than the ISIS fighters it has said it was targeting, and drawing an increasingly angry response from the West.

Russian President Vladimir Putin's decision to launch strikes on Syria marks a dramatic escalation of foreign involvement in a more than four-year-old civil war in which every major country in the region has a stake.