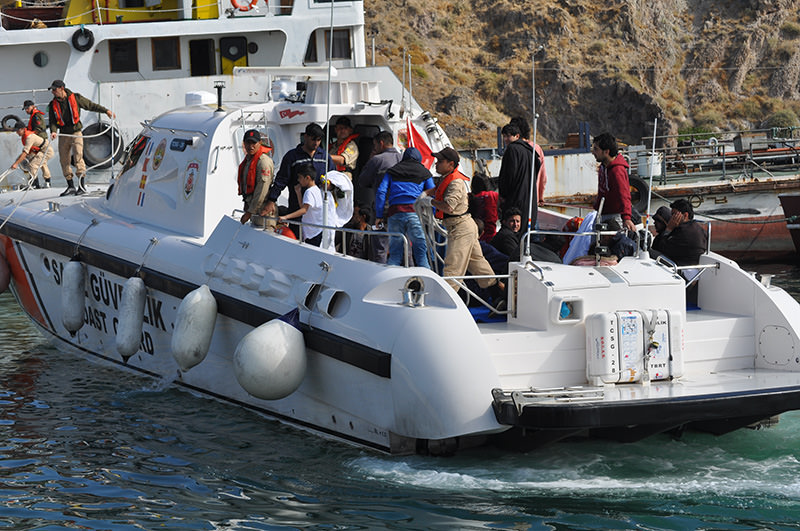 |AA Photo
by Daily Sabah with AFP Oct 17, 2015 12:00 am
Twelve migrants drowned Saturday when their boat sank off the Turkish coast as they were seeking to reach Greece, while around 25 others were rescued.

The Turkish coastguard recovered bodies from the sunken wooden boat at the coast of the western Çanakkale province, which had sailed from northwest Turkey's seaside town of Ayvalık headed for the Greek island of Lesbos.

The rescuers managed to save about two dozen others on board the sinking boat who had called for help on their cellphones.

Çanakkale Governor Hamza Erkal said the boat carrying more than 48 refugees -- most of them reportedly Syrians -- sank in Turkish waters of the Aegean Sea as it was on its way to Greece.

More than 3,000 migrants and refugees have died while trying to get to Europe this year, most of them drowning in the Mediterranean.

With many refugees currently failing to lodge asylum requests upon arriving in Greece, fearing they will be trapped in the recession-hit country, the European Union's top migration official warned that a recent deal to share out refugees in the bloc could flounder.
Last Update: Oct 18, 2015 12:42 pm
RELATED TOPICS