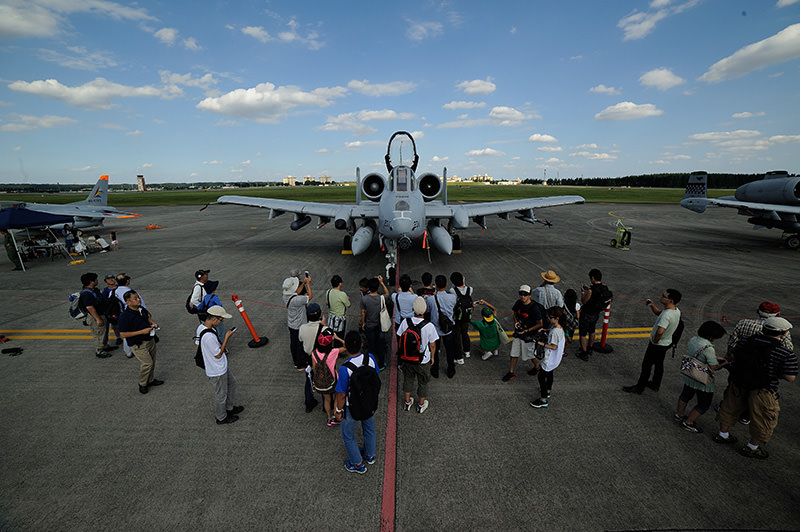 According to an article from the Turkish daily Hürriyet, this deployment has been the most extensive one by the U.S. since Turkey decided to open Incirlik for coalition forces fighting against the ISIS terror organization in Syria and Iraq.

The U.S. had earlier deployed six F-16 jets and 300 soldiers at Incirlik along with three Predators, of which one had to make an emergency landing in Turkey's southern Hatay province on Monday. There are also U.S. helicopters and a search and rescue crew in the Diyarbakır Airbase.

The A-10's are expected to target tanks and other armored vehicles used by ISIS, however, the number such vehicles held by ISIS is unknown and used very limitedly in warfare.

Meanwhile, Soviet-made tanks also make up the bulk of the Syrian regime forces and are being used extensively both in rural and urban warfare.

Known as 'tank hunter' due to its effective armor piercing weapons such as a 30 millimeter machine gun on its nose, Fairchild Republic A-10 Thunderbolt II was designed in the 1970's against Soviet tank columns that have a great numerical advantage over the Western alliance.

A-10's are also effective in providing close air support for ground forces as it can carry out missions in low altitudes, while its bottom is covered with armor to protect the plane and its crew.

These planes were effectively used in First and Second Gulf Wars against the Soviet made tank inventory of the Iraqi army.
Last Update: Oct 20, 2015 3:36 pm