Swiss, like Danes, seize assets from refugees to cover costs, claim 10% of their wages 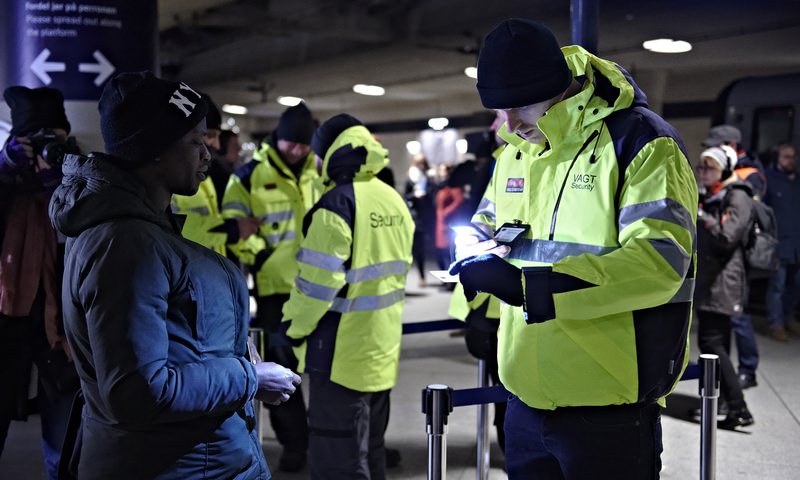 A passenger has her ID checked at the Copenhagen International Airport train station, the last stop before crossing the u00d6resund Bridge into Sweden. (AP Photo)
by reuters Jan 15, 2016 12:00 am
Refugees arriving in Switzerland have to turn over to the state any assets worth more than 1,000 Swiss francs (TL 3,000) to help pay for their upkeep, broadcaster SRF reported on Thursday, revealing a practice that has drawn sharp rebukes for Denmark.

SRF's 10 vor 10 news programme showed a receipt a refugee from Syria said he got from authorities when he had to turn over more than half of the cash his family had left after paying traffickers to help them get to the neutral Alpine country.

It also showed an information sheet for refugees that states: "If you have property worth more than 1,000 Swiss francs when you arrive at a reception centre you are required to give up these financial assets in return for a receipt."

"This is undignified," it cited Stefan Frey from refugee aid group Schweizerische Fluechtlingshilfe as saying. "This has to change."

SRF cited the state migration authority SEM as justifying the measure, noting the law calls for asylum seekers and refugees to contribute where possible to the cost of processing their applications and providing social assistance.

"If someone leaves voluntarily within seven months this person can get the money back and take it with them. Otherwise the money covers costs they generate," an SEM spokeswoman told SRF.

In addition, refugees who win the right to stay and work in Switzerland have to surrender 10 percent of their pay for up to 10 years until they repay 15,000 francs in costs, according to the report.

Denmark is amending a proposal to confiscate refugees' possessions to pay for their stay by raising the amount they will be allowed to keep after coming under fire from the United Nations refugee agency.

Several organisations, including the UN High Commission for Refugees, have censured the Nordic country for the proposal, as well as for others that will delay family reunification and make acquiring refugee and residence status more difficult.
Last Update: Jan 15, 2016 11:01 pm
RELATED TOPICS