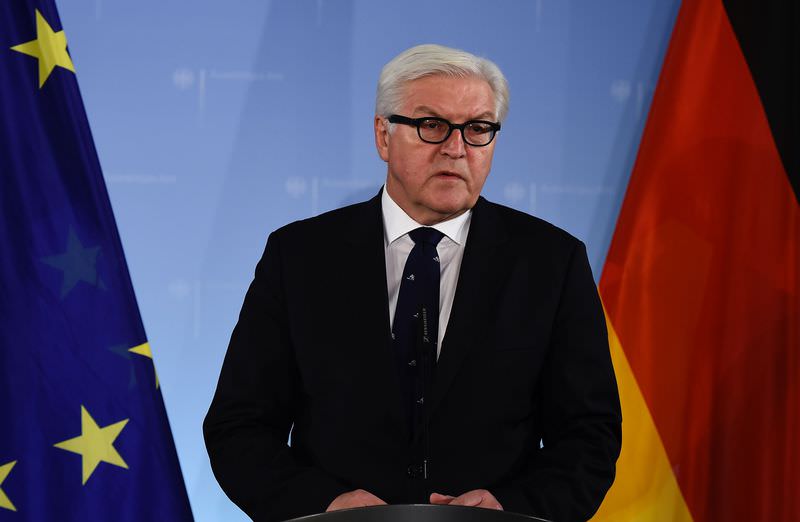 by Daily Sabah with Wires Jan 20, 2016 12:00 am
German Foreign Minister Frank-Walter Steinmeier said Tuesday that Turkey's cooperation is key to solve the refugee crisis, citing the country's geographical position as an important transit point for migrants on the way to Europe.

Speaking to journalists at the Foreign Press Association in Germany, he also urged European countries to make good on their pledge of 3 billion euros in financial assistance to Turkey. Stating that the opposition of "maybe a few" EU members to the aid has been criticized by other EU states, he said "The EU has promised 3 billion euros aid to Turkey for the accommodation of refugees but so far nothing concrete has happened in terms of the finance."

"There is at least one, maybe a few more countries, which have not yet approved this. Therefore, during the EU foreign ministers' meeting yesterday, there was heavy criticism of these countries for denying their approval so far," he said.

"It is clear that we cannot only expect Turkey to fulfill its commitments while the European side is not doing the same."

Italy has reportedly objected to the formula proposed for collecting the funding, which is planned to come from both the EU budget and member states. Italy reportedly wants the EU to pay a greater share.

The aid is to improve living conditions for the near 2.5 million refugees in Turkey and reinforce Turkey's borders.

Steinmeier has praised Turkey in recent months for opening its labor market to Syrian refugees and stepping up its fight against people smugglers who take refugees from Turkey to Greece.

He said the EU expected Turkey to further improve the protection of its borders against traffickers and review its visa-free arrangements with North African countries where many refugees come from.
Last Update: Jan 20, 2016 2:16 am
RELATED TOPICS