US pessimistic about Syria talks 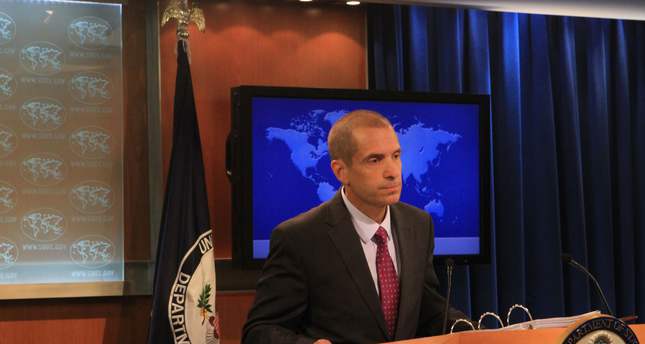 by Anadolu Agency Jan 21, 2016 12:00 am
While not optimistic, the U.S. believes talks on Syria should still take place later this month, a spokesman said Wednesday.

The U.S. hopes the meeting takes place Jan. 25 and Secretary of State John Kerry has pushed hard for it while on his current European tour, said State Department spokesman Mark Toner.

Disagreements persists among participants, such as the U.S. and Russia, about which opposition groups should be invited to the talks.

The U.S. and Russia also disagree on what role Syrian dictator Bashar al-Assad should play in any transition.

The U.S. wants a transition without Assad but Russia contends that the Syrian people should decide his fate.

"I don't want to convey any sunshiny optimism," Toner said.

"Obviously, the ISSG [International Syria Support Group] will have opinions. Again, these are all stakeholders from both sides of the conflict, and all of these parties bring their own concerns to the table in picking these groups or in deciding who's acceptable or not."

Other disagreements include who will represent the Syrian opposition delegation and who should be designated as terrorist.

The UN set Jan. 25 as the target date to bring together Syria's warring factions to begin peace talks in Geneva within the framework of a plan set out during three rounds of international talks to foster an end to the civil war.

On Dec. 18, the UN Security Council adopted a resolution calling for a UN-backed political process that would let Syrian factions form a transitional governing body in six months and hold UN-supervised national elections within 18 months.

A UN spokesman said Monday that Secretary-General Ban Ki-moon urged countries backing opposing sides in the conflict to "redouble efforts" to reach an agreement on which opposition groups should be invited.
Last Update: Jan 21, 2016 2:29 am
RELATED TOPICS