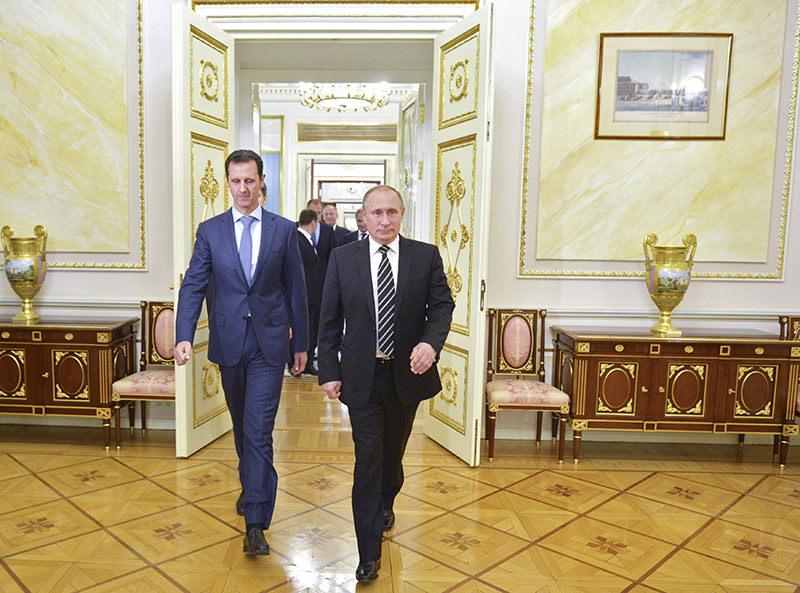 by German Press Agency - DPA Jan 22, 2016 12:00 am
Russian President Vladimir Putin sent an envoy to Damascus late last year to ask Syria's Bashar al-Assad to "step aside," the Financial Times reported on Friday, which was later denied by Kremlin officials.

Sergun bore a message to Assad, saying the Kremlin "believed it was time for him to step aside," it said. The Syrian leader "angrily refused" Sergun's request, the newspaper said, citing two "senior Western intelligence officials" who provided details of the mission.

It said Moscow's proposal involved "a choreographed transition of power that would maintain the Alawite regime but open the door to realistic negotiations with moderate rebels."

Russian Foreign and Defense Ministry officials declined to comment on the report, the newspaper said.