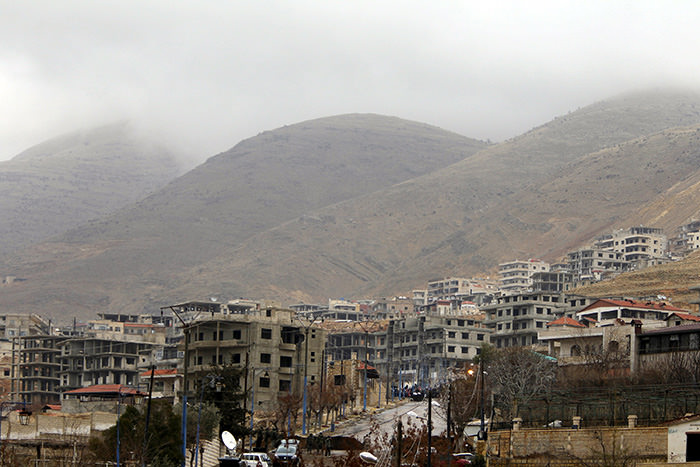 A general view shows the town of Madaya, Syria, January 14, 2016 (Reuters Photo)
by Anadolu Agency Feb 01, 2016 12:00 am
Artillery fired by the Hezbollah militia struck a school in Syria's besieged town of Madaya on Monday, injuring 15 schoolchildren, according to a member of a local coordination committee.

Located west of Syrian capital Damascus, Madaya has been besieged by the Syrian regime and its allies for the last eight months, bringing the town to the verge of humanitarian catastrophe.

"Regime forces and Hezbollah have been firing rockets and mortar shells at Madaya on a daily basis," Hossam Yetim, a member of a local pro-opposition coordination committee in Madaya, told Anadolu Agency. "Today, these rockets struck a school, injuring 15 children, five of them seriously."

Yetim went on to warn that the humanitarian situation in Madaya was deteriorating day by day.