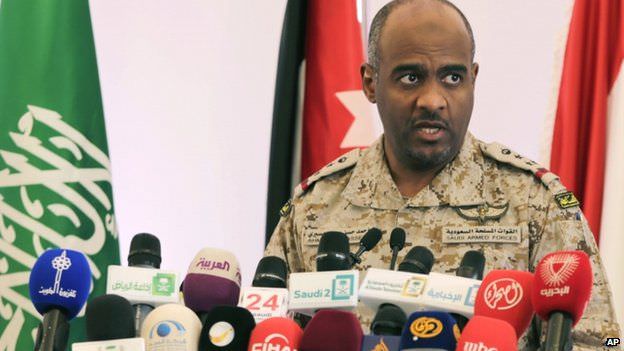 by Feb 04, 2016 12:00 am
Saudi Arabia said on Thursday it was ready to participate in any ground operations in Syria if the U.S.-led alliance decides to start such operations, an adviser to the Saudi defence minister said.

"The kingdom is ready to participate in any ground operations that the coalition (against Daesh) may agree to carry out in Syria," Brigadier General Ahmed Asseri, who is also the spokesman for the Saudi-led Arab coalition in Yemen, told the Saudi-owned al-Arabiya TV in an interview.

Asseri said Saudi Arabia had been an active member of the U.S.-led coalition that had been fighting Daesh in Syria since 2014, and had carried out more than 190 aerial missions.

He said Saudi Arabia, which has been leading Arab military operations against the Iran-allied Houthis in Yemen, believed that to win against Daesh, the coalition needed to combine aerial operations with ground operations.

"If there was a consensus from the leadership of the coalition, the kingdom is willing to participate in these efforts because we believe that aerial operations are not the ideal solution and there must be a twin mix of aerial and ground operations," Asseri said.

Asked about the comments at a briefing, U.S. State Department spokesman John Kirby said the coalition was generally supportive of having partners contribute more in the fight against Islamic State but he had not seen the Saudi proposal. "I would not want to comment specifically on this until we've had a chance to review it," he said.