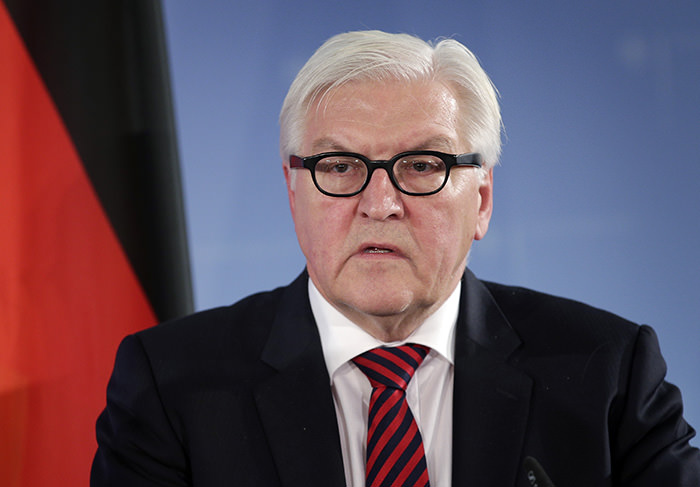 German Foreign Minister Frank-Walter Steinmeier
by Feb 04, 2016 12:00 am
"Military escalations" by the Syrian regime led to the suspension of UN-brokered peace talks in Geneva this week but there is still a "glimpse of hope," Germany's foreign minister said Thursday.

After meeting King Salman in Saudi Arabia, Frank-Walter Steinmeier told reporters that talks broke down "because of the military escalations by the regime".

"The fighting has seen an escalation and regime forces bear the responsibility for that," Steinmeier said at a press conference with his Saudi counterpart Adel al-Jubeir.

De Mistura on Wednesday said talks, the latest UN initiative to end the war in Syria, would now resume on February 25.

His comments came after several days of fruitless meetings aimed at starting indirect negotiations between the Syrian regime and opposition.

"This is a very difficult situation," Steinmeier said, according to an English translation of his remarks. "But there is still a glimpse of hope."

Jubeir told reporters that the Syrian delegation "was not serious" about peace negotiations and that Russia had intensified its military operations in support of Syria's Bashar Assad.
Last Update: Feb 04, 2016 5:13 pm
RELATED TOPICS