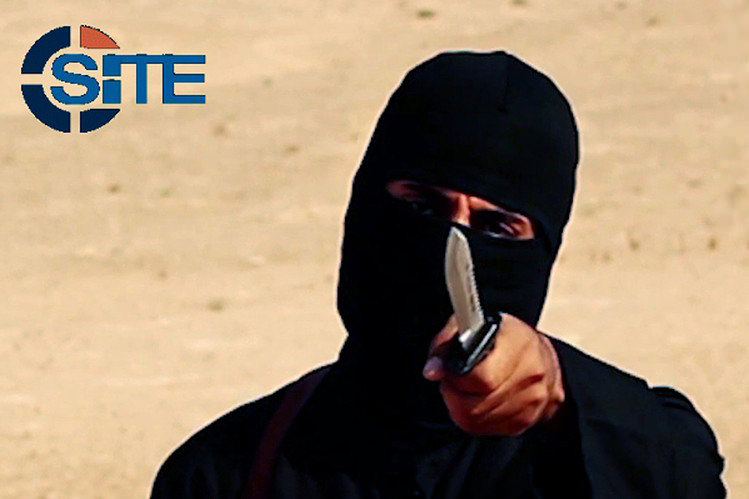 This image made from militant video, which has been verified by SITE Intelligence Group, shows Mohammed Emwazi, known as ,Jihadi Johnu201d. (AP Photo)
by Daily Sabah with Reuters Feb 07, 2016 12:00 am
A second member of a British group of Daesh militants dubbed "the Beatles" has been identified as 32-year-old Londoner Alexanda Kotey, according to a Washington Post and BuzzFeed investigation published on Sunday.

The group, whose leader Mohammed Emwazi gained notoriety for appearing in videos showing the murders of Western hostages, are said by former hostages of Daesh to have been assigned to guard foreign prisoners, and were nicknamed "the Beatles" due to their English accents.

Emwazi detained and beheaded many hostages in Syria as part of the British Daesh execution gang 'the Beatles' -John, Paul and Ringo.

Emwazi was the first of the gang to be identified after he appeared in a series of gruesome Daesh videos beheading hostages, including Britons David Haines and Alan Henning.

Londoner Emwazi, referred to by British media as "Jihadi John" , is believed to have been killed in a U.S. drone missile strike last year in Raqqa.

The Washington Post and BuzzFeed said Kotey was a soccer fan who had grown up in West London and converted to Islam in his early 20s, after meeting a Muslim woman with whom he had two children. He had attended the same mosque as Emwazi, they reported.

Kotey has a Greek Cypriot mother and Ghanaian father, and left Britain in 2009 to travel to Gaza as part of an aid convoy, the report said. The Washington Post said a U.S. intelligence official had confirmed that Kotey had travelled to Syria.