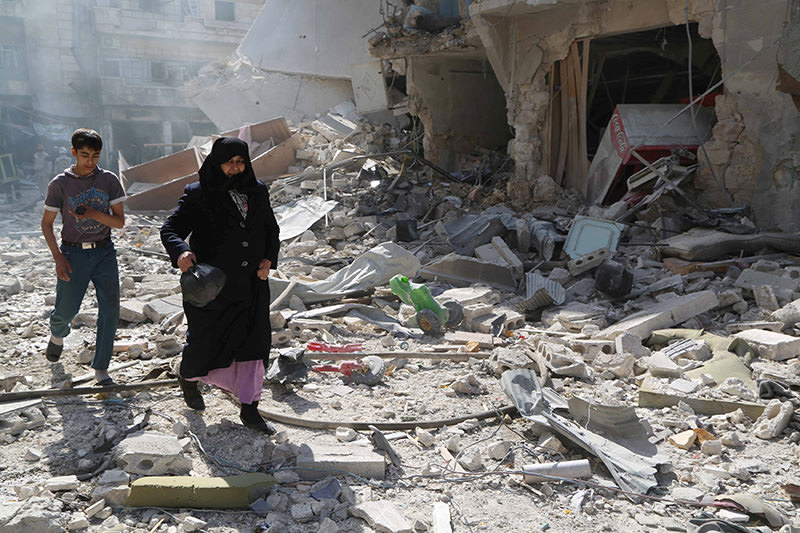 Toxic gas was also used in some of the barrel bombs, according to the London-based NGO.

1,428 of the barrel bombs were used in January this year and the majority of them-1,123 of them - were dropped in rural areas of Damascus, the report said.

The regime forces had fired the first barrel bomb in Idlib, 2012, it added.

The group also documented 189 deaths in various cities of the country since September. 36 of those killed were children and 26 of them were women.

While Russia claims its air campaign is aimed at Daesh targets, Russian warplanes have repeatedly targeted civilian areas and the moderate opposition groups that control them.

The group said around 12,000 civilians-the majority of them are children and women-face the risk of a massacre by Assad forces backed by Iranian revolutionary guards after the forces besieged the area.

80 percent of Darayya has been destroyed and 90 percent of the residents fled from the area, according to Syrian local sources.
Last Update: Feb 08, 2016 7:25 pm