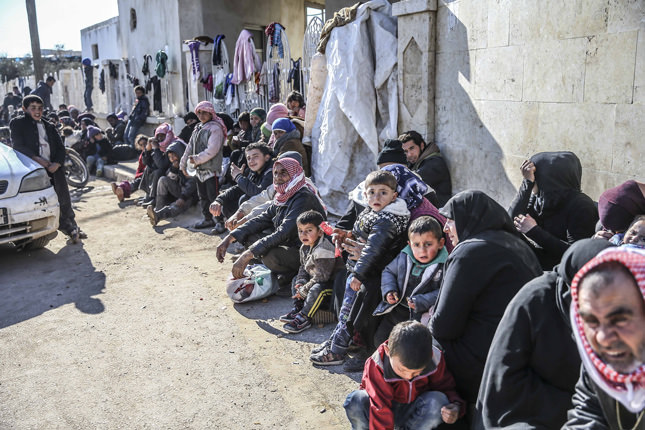 by Daily Sabah with Reuters Feb 09, 2016 12:00 am
The United Nations High Commissioner for Refugees (UNHCR) on Tuesday called on Turkey to open Syria border for new influx of refugees trying to escape the town of Aleppo after fresh Assad regime and Russian airstrikes.

The UNHCR also urged the international community to help Turkey shoulder burden of the refugee crisis.

The United Nations cited that this call was in line with its international obligations to protect people fleeing conflict or persecution.

William Spindler, spokesman of the UNHCR, said the agency understood the concern of Turkish authorities about "possible large influxes" into the country, already hosting more than 2.5 million Syrian refugees.

"Turkey has also allowed a number of vulnerable and wounded people in Turkey. However, many people are not being allowed to cross the border. We are asking Turkey to open its border to all civilians in Syria fleeing danger in need of international protection as they have done," Spindler told a news briefing.
Last Update: Feb 09, 2016 1:08 pm
RELATED TOPICS