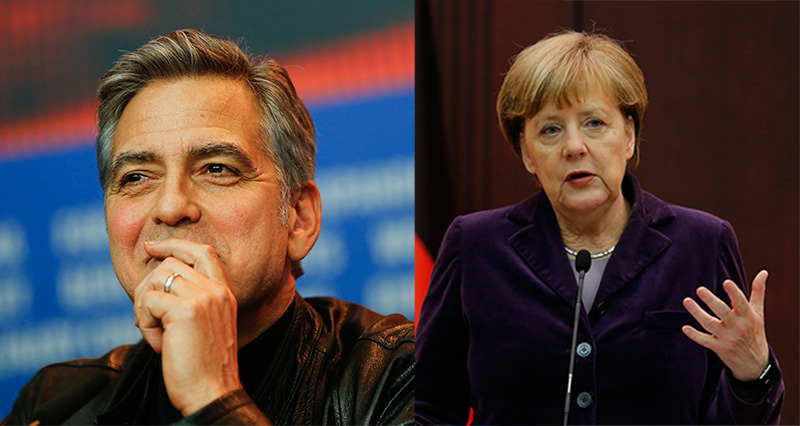 by Compiled from Wire Services Feb 11, 2016 12:00 am
Oscar-winning actor George Clooney is to meet with German Chancellor Angela Merkel to talk about the refugee crisis and plans to visit a home for asylum seekers in Berlin.

Friday's meeting with Merkel to talk about "what we can do or help with," says Clooney, who is also a well-known activist for humanitarian causes.

"I spend a lot of my time working on these things," says Clooney. "I have been to a lot of dangerous places and had meetings with refugees."

Actress Angelina Jolie has also taken an active role in raising awareness about the situation of refugees and has visited refugee camps in Turkey.