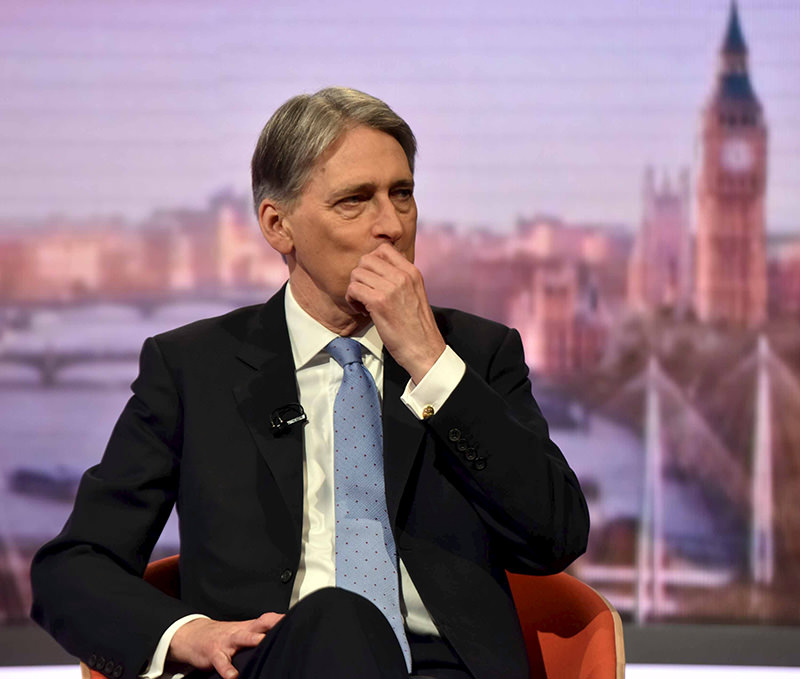 by Daily Sabah with AA Feb 14, 2016 12:00 am
The U.K.'s Minister of Foreign Affairs Philip Hammond said that Russian President Vladimir Putin is the only man in the world who can end the 5-year long bloodshed in Syria simply with a phone call.

Speaking over the Russian effect on Bashar Assad clinging on to power in Syria, "There's one man on this planet who can end the civil war in Syria by making a phone call, and that's Mr. Putin," Hammond said Sunday morning while attending public broadcaster BBC's Andrew Marr Show.

Answering whether Assad is winning the war or not, Hammond said that he does not think that Assad has won, and Assad's situation is not different than how it was one year ago.

Underlining that such airstrikes has increased over the past weeks, Hammond said that the moderate opposition was weakened by the airstrikes, but not defeated.
Last Update: Feb 14, 2016 3:50 pm
RELATED TOPICS