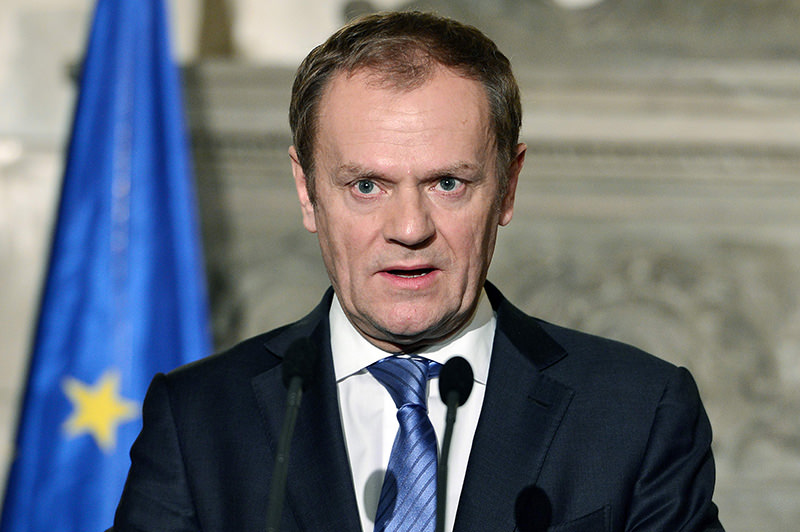 European Council President Donald Tusk talks to the press after his meeting with Greek Prime Minister in Athens, on February 16, 2016 (AFP)
by Feb 16, 2016 12:00 am
EU President Donald Tusk said Tuesday that Russia's aerial bombardments in Syria had dealt a blow to hopes of a ceasefire in the war-torn country.

"Russian bombing leaves little hope" for a solution to the five-year conflict, Tusk said on a visit to Athens, with days to go until an internationally agreed "cessation of hostilities".

"The whole world is hoping for peace and is ready for talks," Tusk said after meeting Greek Prime Minister Alexis Tsipras as part of a European tour.

"Even though, the Russian bombing in Syria leaves us with little hope. The Assad regime is strengthened, the moderate Syrian opposition is weakened, and Europe is flooded with new waves of refugees."

Russia launched air strikes in support of its ally Bashar al-Assad in September. It says the bombings target the Daesh group, but the West accuses it of targeting moderate rebels opposed to the Assad regime.
Last Update: Feb 16, 2016 4:17 pm
RELATED TOPICS