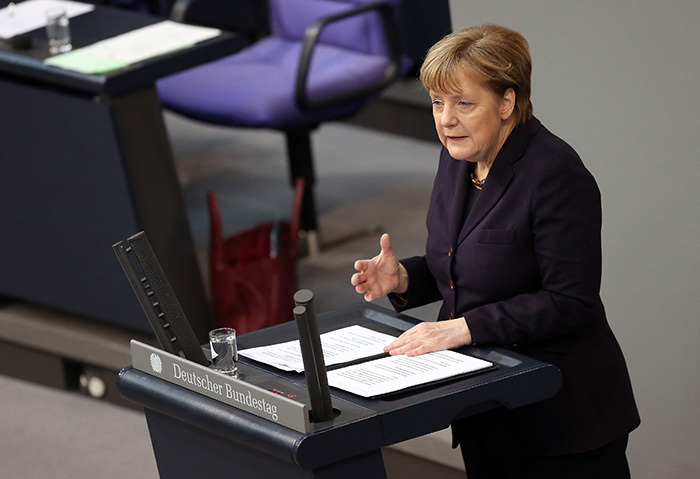 The current situation in Syria remains intolerable," she said about the conflict in which Russian-backed regime forces have launched a major offensive against rebels in and around Aleppo

"It would be helpful if there were an area in Syria where none of the parties to the conflict launched aerial attacks," Merkel told German parliament.

"We can't negotiate with the terrorists of the Daesh, but if we were able to reach an agreement between anti- and pro-Assad forces on a kind of no-fly zone, in the sense of a sanctuary for the many refugees, then this would save many lives and aid the political process about Syria's future," she said.

Meanwhile, speaking to district governors at the Presidential Palace, President Recep Tayyip Erdoğan on Wednesday criticized Russia for committing war crimes, and slammed the United Nations for waiting to look for 'evidence'.

"What else are you looking for? The hospitals are being bombed," Erdoğan said, and urged the U.N. to send personnel to carry out the necessary inspections.

Turkey, home to more than 2.6 million Syrian refugees, has long pushed for the creation of a safe zone in northern Syria to protect displaced civilians, avoiding the need to bring them into Turkey.