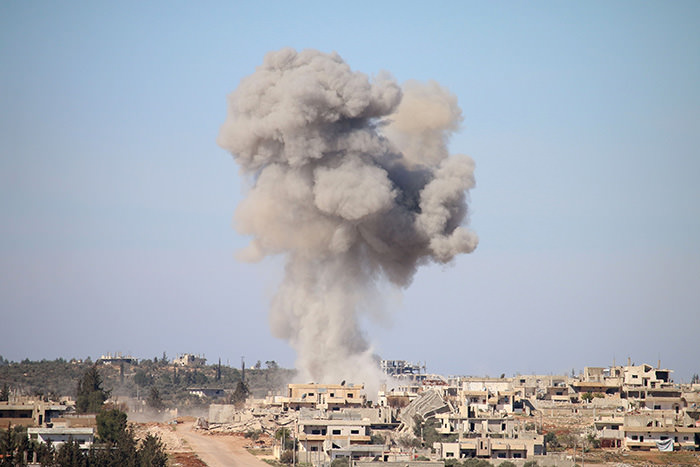 The sit-down between military officials and diplomats is meant to pave the way for a broader meeting of international players involved in the conflict as a hoped-for ceasefire in Syria failed to materialize.

"Russia and the United States are holding consultations at the expert level on issues that will be submitted for approval" to the broader international group, foreign ministry spokeswoman Maria Zakharova said.

No time has yet been set for such a broader meeting, she added.

A UN spokesman in Geneva said that the international body's Syria envoy Staffan de Mistura was flying back to the city from Damascus Friday and expected to attend a broader meeting on the ceasefire originally planned for the afternoon.

The group of international players on Syria announced on February 12 they hoped to have a ceasefire in Syria by Friday but there was no sign of the halt in hostilities.

Russia is currently flying a bombing campaign in Syria to support forces loyal to its ally Bashar Assad, while the US heads a separate coalition targeting the Daesh terrorist group.
Last Update: Feb 21, 2016 1:19 pm
RELATED TOPICS