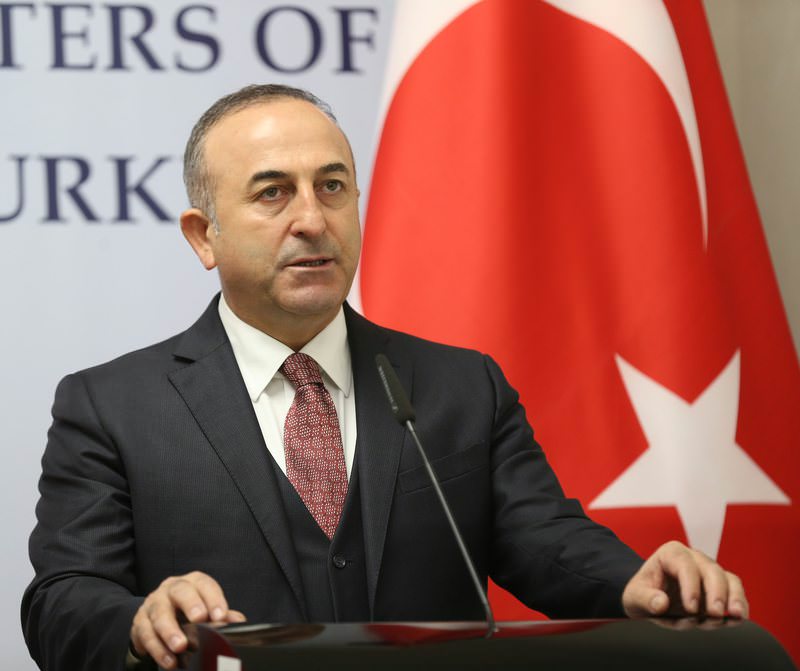 by Anadolu Agency Feb 22, 2016 12:00 am
Turkish Foreign Minister Mevlüt Çavuşoğlu accused Russia of hindering the search for a solution to the Syria conflict with its ongoing airstrikes in the war-torn country.

In an interview with Italian daily La Stampa on Sunday, Çavuşoğlu termed Moscow as the "biggest obstacle" to resolving the five-year crisis.

"Russia used the Geneva talks as a smoke screen in order to intensify their airstrikes in Syria," the minister said.

The UN suspended peace talks in Geneva on Feb. 3 "due to intensified fighting" in Syria, according to the UN envoy for Syria, Staffan de Mistura. Talks are now scheduled to resume on Feb. 25.

Russia continued to carry out airstrikes, reportedly killing more than 130 civilians, on the day of the talks.

"They [Russia] are targeting schools, bazaars, hospitals and other places for civilians. When we all take a look at these strikes, we can see that it [Russia] aims to undermine the process [talks]," Çavuşoğlu said.

Since Sept. 30 of last year, Russia -- a close ally of the Syrian Bashar al-Assad regime -- targeted a number of civilian areas in Syria, according to U.S. officials.

While the Kremlin says the airstrikes hit positions held by the Daesh militant group, some members of the western NATO alliance say Russia is targeting moderate opposition groups opposed to Assad.

Syria has remained locked in a vicious civil war since early 2011, when the regime cracked down on pro-democracy protests with unexpected ferocity.

Since then, more than 250,000 people have been killed across the country and more than 10 million displaced, according to UN figures.

With 2.62 million Syrian war survivors and 26 different camps, the conflict has made Turkey the world's biggest host of refugees.