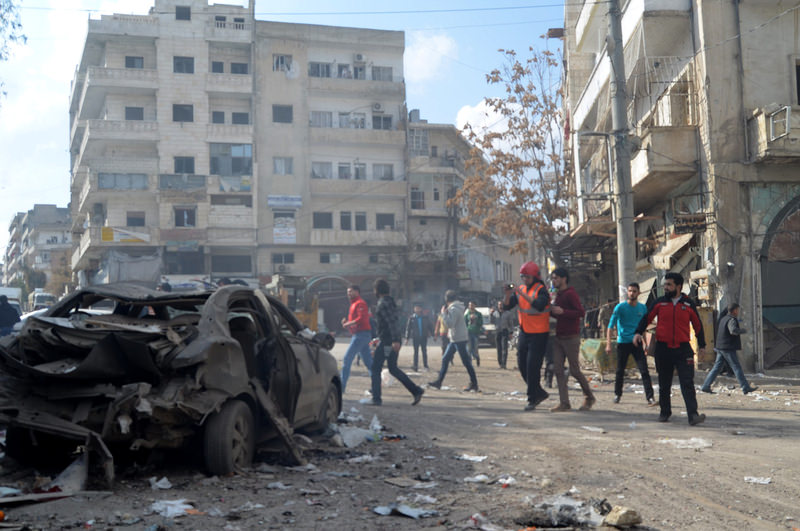 by Anadolu Agency Feb 24, 2016 12:00 am
At least eight people were killed on Wednesday by a Russian airstrike that targeted a market in Syria's northwestern Idlib province, according to a local source.

He said the attack had caused "severe damage" in the targeted area.

According to al-Akhras, efforts were still underway to rescue survivors.

On Monday, the U.S. and Russia -- the latter of which has been staging airstrikes against positions held by Assad's opponents since last September -- announced that the Assad regime and opposition forces would cease hostilities starting midnight Saturday.
Last Update: Feb 24, 2016 7:50 pm
RELATED TOPICS