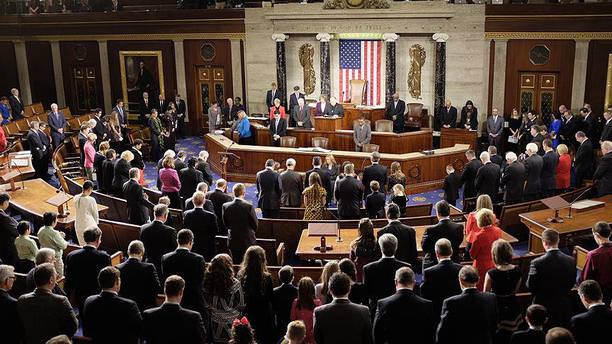 by Daily Sabah with AA Mar 03, 2016 12:00 am
A House committee on Wednesday marked up a resolution urging the Obama administration to establish a UN tribunal to investigate war crimes by the Syrian government.

Condemning "gross violations of international law amounting to war crimes and crimes against humanity by the government of Syria, its allies, and other parties to the conflict in Syria," the concurrent resolution by the Foreign Affairs committee proceeded without objection one day after being introduced by Republican lawmaker Christopher Smith.

The resolution urges the Obama administration to establish additional mechanisms to protect civilians and to ensure consistent access to humanitarian aid in Syria.

The House also marked up another concurrent resolution to express Congress' rejection of Daesh's targeting of Christians, Yazidis, Turkmen, Kurds and other ethnic minorities in the region that lawmakers said constitutes "war crimes", "crimes against humanity" and "genocide".

Syria's five-year civil war has left at least 250,000 dead and more than 11 million displaced from their homes, according to the UN.