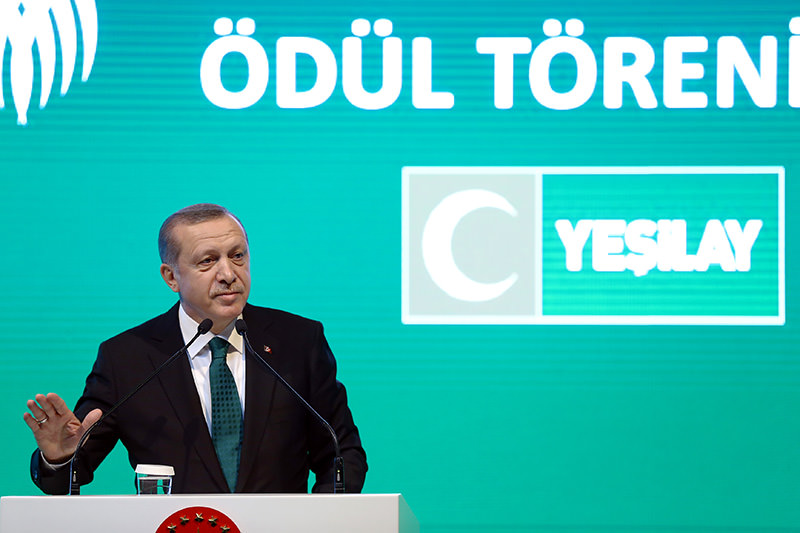 by Daily Sabah with AA Mar 05, 2016 12:00 am
Turkish President Recep Tayyip Erdoğan gave a suggestion to build a city in northern Syria to accommodate refugees fleeing the war-torn country.

In his address at an award ceremony in Istanbul Friday, Erdoğan called on the international community to join hands with the Syrian refugees.

Erdoğan suggested to build an approximately 4,500-square kilometer [wide] city in northern Syria to shelter fleeing Syrian with the help of international community.

He said Turkey and other countries could cooperate in the construction of such an endeavor.

The president said he discussed his plans to build a Syrian city close to the Turkish border with US President Barack Obama and even the coordination of such city was talked. However no steps were taken in practice internationally regarding the matter, Erdoğan added.

Syria has remained locked in a vicious civil war since early 2011, when the Bashar al-Assad regime cracked down on pro-democracy protests with unexpected ferocity. Since then, more than 250,000 people have been killed and more than 10 million displaced, according to UN figures.
Last Update: Mar 05, 2016 3:15 pm
RELATED TOPICS