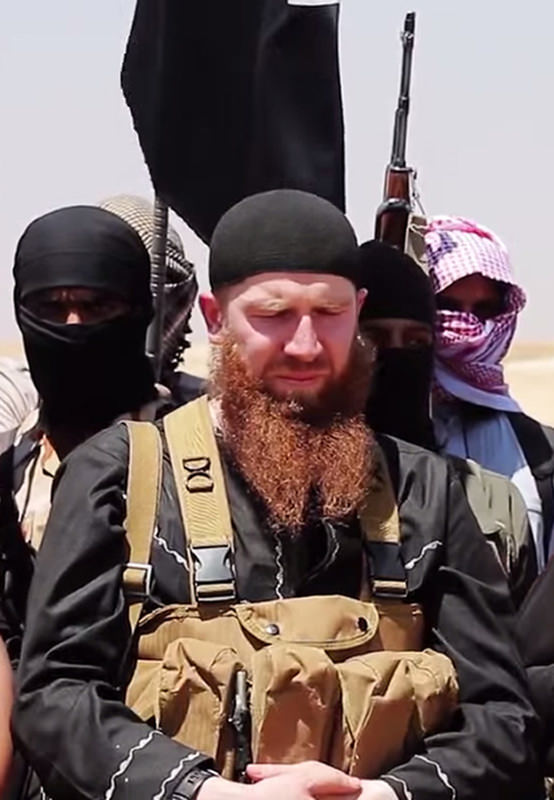 by Mar 10, 2016 12:00 am
Top Daesh commander leader Omar al-Shishani, known as Omar the Chechen, was "seriously injured" in a recent strike in northeastern Syria but not killed despite US suggestions to the contrary, a monitoring group said.

The Britain-based Syrian Observatory for Human Rights said Wednesday that according to its sources the March 4 strike had indeed targeted the group's convoy, killing his bodyguards, while Shishani himself "was seriously injured".

"He was taken from the province of Hasakah to a hospital in Raqqa province where he was treated by group's doctor of European origin," he said. Raqqa is Daesh's main stronghold.

The United States had stopped short of declaring Shishani dead, but a U.S. official speaking on condition of anonymity said Shishani "likely died" in the assault by waves of U.S. warplanes and drones, along with 12 other Daesh fighters.

The U.S. official branded Shishani "the Daesh equivalent of the secretary of defense", using another acronym for the group.

Shishani was one of the Daesh leaders most wanted by Washington, which put a $5 million bounty on his head.

Shishani comes from the Pankisi Gorge region that is populated mainly by ethnic Chechens.

He resurfaced in northern Syria in 2012 as the leader of a battalion of foreign fighters, said Aymenn Jawad Al-Tamimi, research fellow at the Middle East Forum, a U.S. think tank.

As early as May 2013, when Daesh was just emerging in Syria, he was appointed the group's military commander for the north of the country, Tamimi said.

While Shishani's exact rank is unclear, Richard Barrett of the U.S.-based Soufan Group has described him as Daesh's "most senior military commander", adding that he has been in charge of key battles.

"He is clearly a very capable commander and has the loyalty of Chechen fighters who are considered by ISIS [Daesh] as elite troops," Barrett told AFP.

Shishani is not, however, a member of Daesh's political leadership, a structure that is even murkier than its military command.

The lack of a U.S. presence on the ground makes it difficult to assess the success of operations targeting militants in Syria, and Shishani's death has been falsely reported several times.

Pentagon spokesman Peter Cook on Tuesday described Shishani as "a battle-tested leader with experience who had led ISIL [Daesh] fighters in numerous engagements in Iraq and Syria".