Actors of Syria war crimes must be brought to justice, UN prosecutor says 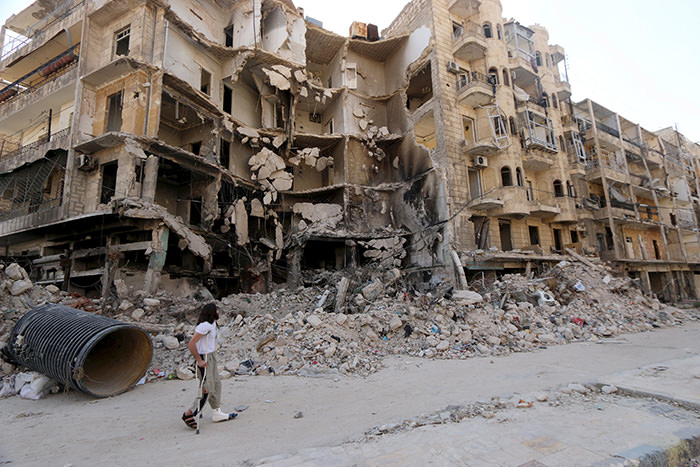 The chief prosecutor for the Yugoslav war crimes tribunal said Friday that those behind atrocities in Syria must eventually be held to account, as the conflict prepares to enter its sixth year.

"As an international prosecutor and somebody who believes in justice... it is obvious that sooner or later accountability will be needed for the crimes committed in Syria," Serge Brammertz told AFP.

"There are already more victims in a longer conflict than the wars in the former Yugoslavia for which an entire tribunal was set up and has been in existence for more than 20 years," Brammertz said in an interview at his headquarters in The Hague.

Protests against the regime of Syria's Bashar Assad erupted on March 15, 2011, triggering a devastating civil war which has killed more than a quarter of a million people and uprooted over half its population of around 23 million.

Brammertz acknowledged that collecting evidence as part of any trials would be "a very, very difficult exercise" given the lack of access to the sites.

A UN report last month condemned rampant war crimes in Syria, insisting accountability for the horrors be part of a peace process.

There have been appeals to the U.N. Security Council to refer the situation in Syria to the International Criminal Court (ICC) for war crimes investigations.

But a bid in May 2014 to ask the ICC to look into war crimes in Syria was vetoed by Russia and China at the U.NSecurity Council.

The International Criminal Tribunal for the former Yugoslavia (ICTY) was set up in 1993 -- as the conflict was still raging -- to prosecute those most responsible for the bloodshed.

More than 140,000 people died and more than four million others were displaced in the wars that wracked the Balkans after the break-up of the former Soviet bloc country in 1991, according to NGOs.

The UN tribunal is set to hand down a verdict later this month in the case against wartime Bosnian Serb leader Radovan Karadzic, who is accused of committing genocide, war crimes and crimes against humanity during the 1992-95 war in Bosnia.

ICTY chief prosecutor Brammertz would not be drawn on the specifics of a Syria tribunal, but he stressed it should be "based on an integrated approach where you have national ownership with international involvement".

There would need to be "an international solution, because I don't think any country after such a violent conflict can find a solution in its own legal structures."