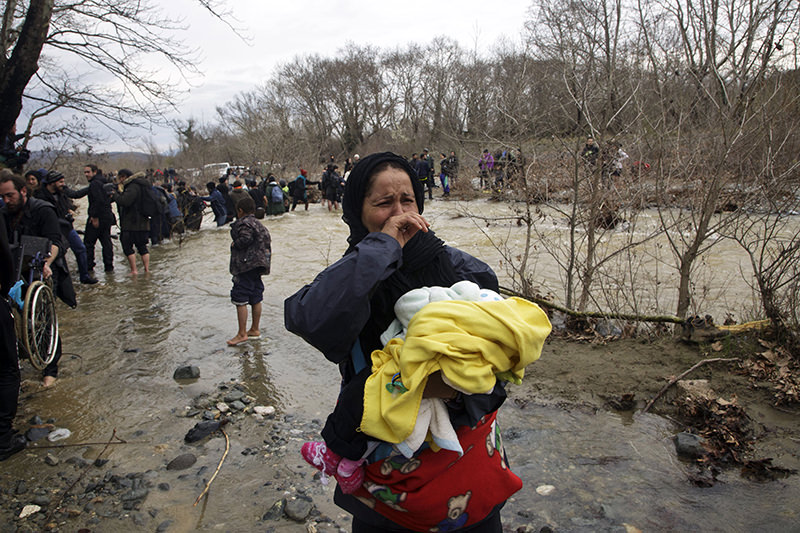 European Commissioner for Migration Policy Dimitris Avramopoulos has urged all EU countries to begin relocation of 6,000 refugees per week.

Avramopoulos made the call during his visit to the Idomeni refugee camp at the Greek northern border with Macedonia.

The reference of relocation was primarily for people in Idomeni towards other EU states or inside Greece.

He also referred to the relocation program agreed by the EU in September 2015. "We have adopted all together the relocation mechanism which must work immediately. So I call to all member states to give more pledges and start implementing immediately this plan".

So far, only 4,628 places have been made available for relocation in EU countries and up to now, only 288 people were relocated from Italy and 235 from Greece to other EU member.

Recently, there have been concerns of a health epidemic breaking out at the camp due to poor sanitation amidst heavy showers.

"The situation in Idomeni is tragic and unacceptable. It must stop immediately," Avramopoulos said.

The EU commissioner also asked refugees to follow the legal route to migration and urged them against believing smugglers.

On Monday, several hundred people from the camp made their way across an unguarded stretch of Macedonian border.

Around 80 Greek and foreign photojournalists and members of nongovernmental organization members who followed the refugees were arrested by Macedonian authorities on Monday and later released Tuesday morning with a fine of 250 euros; they were not allowed to the neighboring country for the next six months, according to AnaMpa Press Agency.

"We appeal to the refugees at Idomeni to abandon their effort to remain in the area. There is no way that those who closed off the passage will reopen it again," Tsipras said Tuesday after a meeting at his office with Armenian President Sargsyan, who has been in Greece since Monday.

The Greek premier also urged refugees to move to reception centers. "We will work together to speed up the process for their legal relocation to Europe. The amassing of refugees and migrants at our northern borders is creating the conditions of a humanitarian crisis," Tsipras said. "We do not want to transform it into a cross-border problem between Greece and Skopje," he added.

More than 10,000 refugees and asylum seekers are still at the Idomeni transit camp hoping they will be able to move ahead to northern Europe, according to the latest data released by the Greek Interior Ministry.