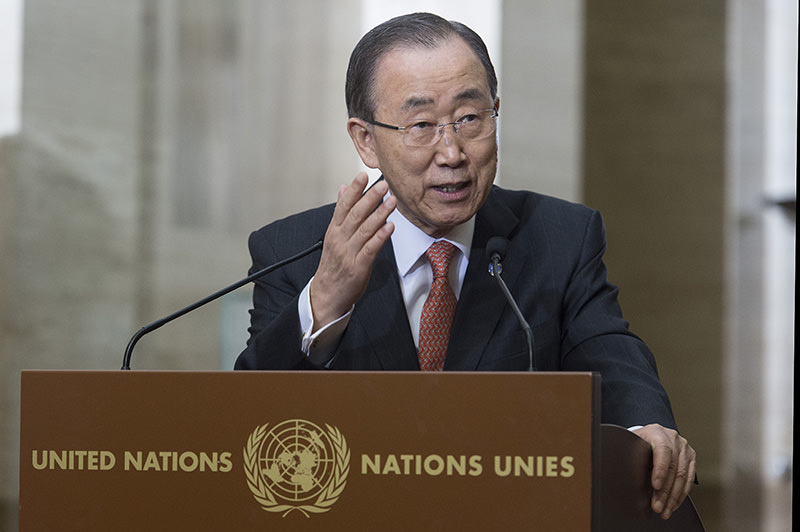 UN Secretary-General Ban Ki-moon on Tuesday urged the UN Security Council to refer the situation in Syria to the International Criminal Court (ICC).

Ban described the conflict as "the scene of the use of chemical weapons, siege and starvation as a tool of war, unlawful detention, torture, and the indiscriminate and criminal shelling and aerial bombardment of civilians".

Stressing that terrorist groups such as Daesh and Al Nusra Front have capitalized on the chaos while foreign fighters and sectarian militias continue to pour into the country, Ban urged the Security Council to fulfill its responsibilities and help make the UN-mediated peace talks a success.

"If we miss this opportunity the consequences for the Syrian people and the world are too frightening to contemplate," he said.

"In Syria as elsewhere, peace without justice is not sustainable," he added. Ban said the Syrian people feel abandoned by the international community and urged those responsible for crimes to be held to account.

The UN High Commissioner for Refugees is expected to host a high-level international conference in Geneva on March 30.