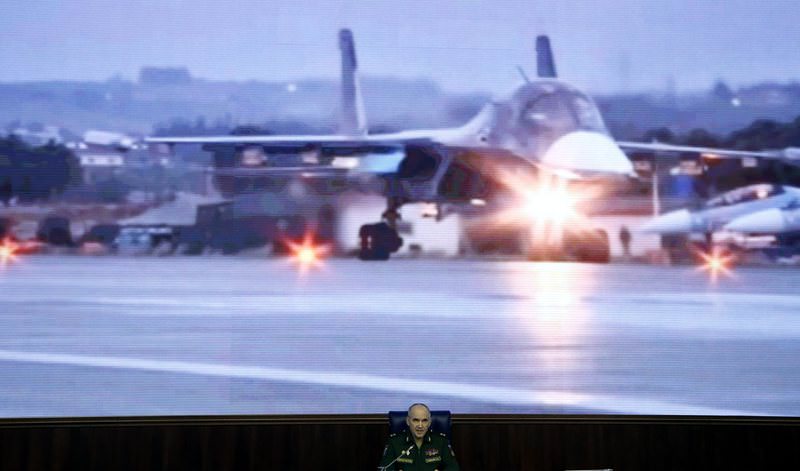 "What we assess is that the majority-if not all - strike aircraft have left," Col. Pat Ryder told reporters over a teleconference from Centcom headquarters in Tempa, Florida.

"We also have not seen any new Russian airstrikes in the last week."

Ryder added that Russians still have helicopters and transport aircraft are still in the country but he could not give a number of Russian planes leaving Syria.

According to the spokesman, Russia continues artillery fire in support of the Bashar al-Assad regime.

Russian President Vladimir Putin on Monday announced that the majority of the Russian forces will be withdrawn from Syria as the intervention launched late September "completed its mission".

One day after Putin's announcement a handful of Russian aircraft left the country and more than a dozen others flew out Thursday.

According to Ryder, calls between the U.S. and Russian headquarters in the region continues for the safety of aircraft flying over Syria as a part of a Memorandum of Understanding signed between Russia and the U.S. late last year.