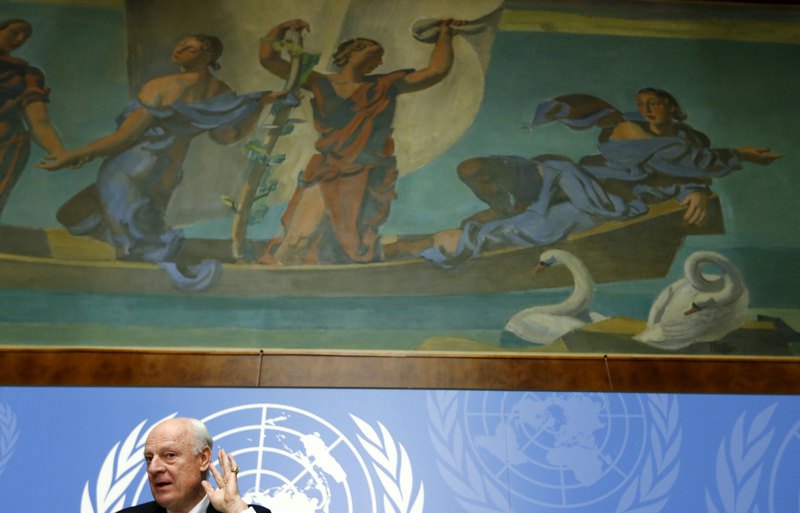 Staffan de Mistura, wrapping up the current round of indirect peace talks Thursday, says he is encouraged by the fact that there has been "no walkouts, no drama" in the talks that lasted 10 days.

The Assad regime plans to hold scheduled parliamentary elections in regime-held parts of Syria on April 13 and has said it wanted the talks to resume after that date.

The opposition says the elections are a farce, has rejected that.

De Mistura appeared to be making a compromise by saying the talks will start "at least" on April 9 "but if people want to come on the 13th or 14th they are warmly welcome."
Last Update: Mar 24, 2016 9:16 pm
RELATED TOPICS