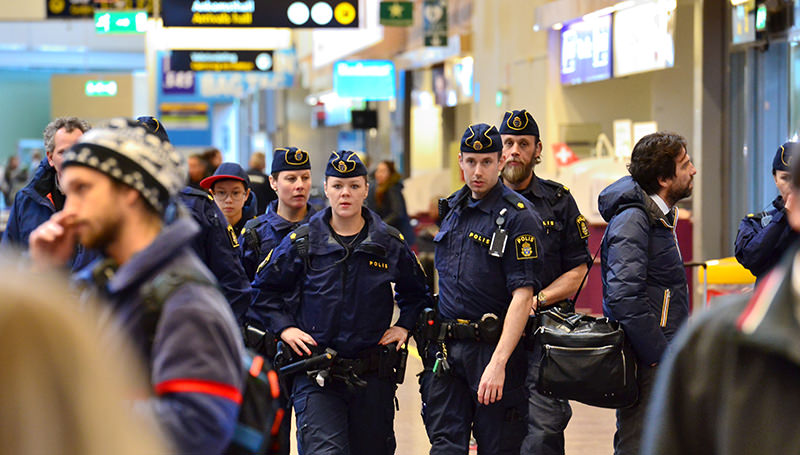 A 20-year-old Swedish national, who had been stopped by Turkey twice has been charged with preparing to a make a suicide bomb, a prosecutor said Thursday.

Prosecutor Ewamari Haggkvist says the suspect, who denies the charges, "could have seriously hurt Sweden."

"He told relatives he had sympathies for Daesh and would blow himself up for them in Sweden," Haggkvist told The Associated Press.

Haggkvist didn't say where, when or how the explosives would have been used.

The man "has acquired, stored and compiled liquids and objects with the intent to make a suicide bomb," she said. "That is acetone, steel bullets, a pressure-cooker and a cell phone, among others."

Haggkvist said Thursday the man was twice stopped in Turkey in June 2015, likely as he tried to continue to Syria to join Daesh, and sent back to Sweden.

She said the man was arrested Feb. 11 after "purchasing objects with the intent to create a bomb" in January.

Turkey has listed Daesh as a terrorist organization since 2013. So far, more than 3,300 suspects have been investigated for links to Daesh and other extremist groups.

Turkey is also at risk from a flow of foreign recruits to the group in Syria. The latest figures show some 27,000 people from more than 100 countries were stopped as they attempted to travel to Syria to join the militants. Though Daesh recruits militants from all across the globe including East Asian countries, no figures are available indicating whether or not Daesh recruited any from Japan. In 2015, the terrorist organization killed two Japanese hostages, a freelance journalist and a contractor, after the duo was captured by Daesh in Syria.