US deploys B-52 bombers against Daesh in M. East for first time since Gulf War 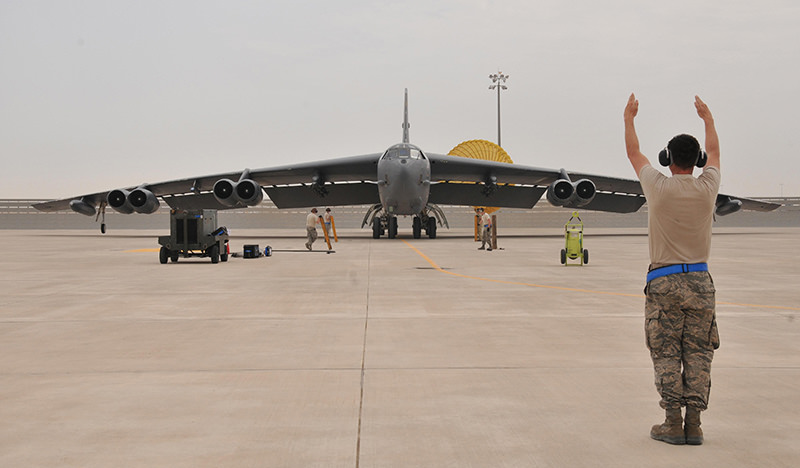 The US Air Force on Saturday deployed Cold War-era B-52 bombers to bolster the fight against the Daesh terrorist group in Syria and Iraq, stepping up efforts to defeat the terrorists.

The B-52 Stratofortress aircraft, which arrived in Qatar, were based in Saudi Arabia and last flown operationally in May 2006 as part of the war in Afghanistan, air force officials said.

The long-range planes will provide "flexibility and endurance" in the US-led coalition campaign against the terrorists, he added.

"The B-52 demonstrates our continued resolve to apply persistent pressure on Daesh and defend the region in any future contingency," Brown said.

The B-52, the first US long-range heavy bomber, was developed to carry nuclear weapons and has been adapted over the years. It has been used in missions in the Vietnam War, the 1991 Gulf War and in Afghanistan.

It was not immediately clear how many of the bombers had been deployed.