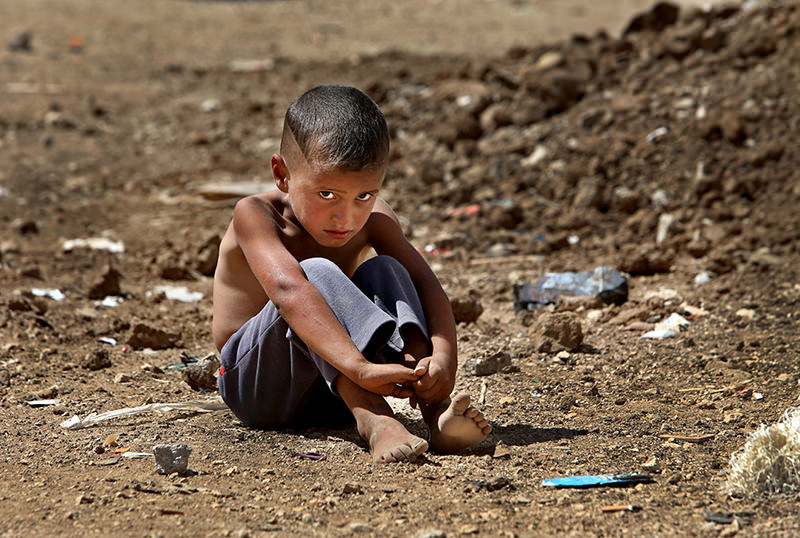 The Syrian opposition said that more than 40 children were killed in a massacre by the Assad regime, Saudi-owned Al Arabiya news channel reported Wednesday.

The opposition's Zoubi said that the regime had also made more than 2,000 violations of the ceasefire and dropped 420 barrel bombs in March alone.

Both the regime and a large number of opposition groups had pledged to respect the cessation of hostilities agreed in February with the aim of allowing a resumption of diplomacy towards ending the five-year-long war. Militant groups including the al-Nusra Front and Daesh were not part of the deal.

A senior official close to the Syrian regime said the truce had effectively collapsed.

"On the ground the truce does not exist," said the official, who is not Syrian and declined to be named because he was giving a personal assessment. "The level of tension in Syria will increase in the coming months."

The eruption of fighting on the front lines south of Aleppo marks the most serious challenge yet to the truce.

The Syrian prime minister was quoted on Sunday as saying regime forces were preparing a major operation in the region with Russian support.

De Mistura, speaking in Tehran, said he and Amir-Abdollahian had agreed on the importance of the cessation continuing, that aid should reach every Syrian and that "a political process leading to a political transition is now crucially urgent".

De Mistura, whose two predecessors quit, has said he wants the next round of Geneva talks to be "quite concrete" in leading towards a political transition.

Ahead of the first round of talks, Damascus had ruled out any discussion of the presidency, calling it a red line.

Some members of the main Syrian opposition alliance, the High Negotiations Committee (HNC), arrived in Geneva on Tuesday, and U.N. spokesman in Geneva Ahmad Fawzi said the talks were to begin on Wednesday.

De Mistura is working according to a U.N. Security Council resolution approved in December that sets out a political process including elections after the establishment of "credible" governance and the approval of a new constitution.

Syria's civil war has killed more than 250,000 people, created the world's worst refugee crisis, allowed for the rise of Daesh and drawn in regional and international powers. The intervention of Russia swung the war in Assad's favor.