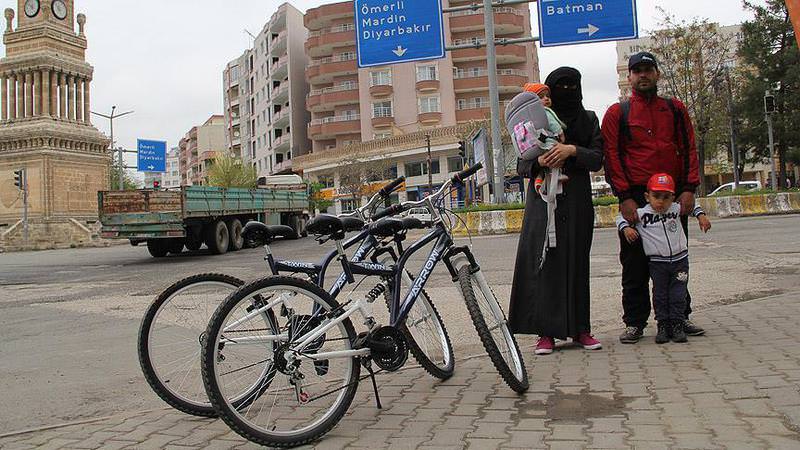 The family fled the five-year civil war and settled in Midyat in 2013.

The distance between Midyat and Ankara is 1,100 kilometers (683 miles).

Thursday's destination was Sanliurfa and the family met officials of a religious school in Viransehir district and took thank-you letters penned by Syrian students there.

Working as a teacher in Mardin, Said said they set out to convey their wishes to Erdoğan and continued: "No country [helped] Syrians other than Turkey; we set out to show our appreciation, visiting districts and provinces and are taking demands and thanking letters from teachers and students there."