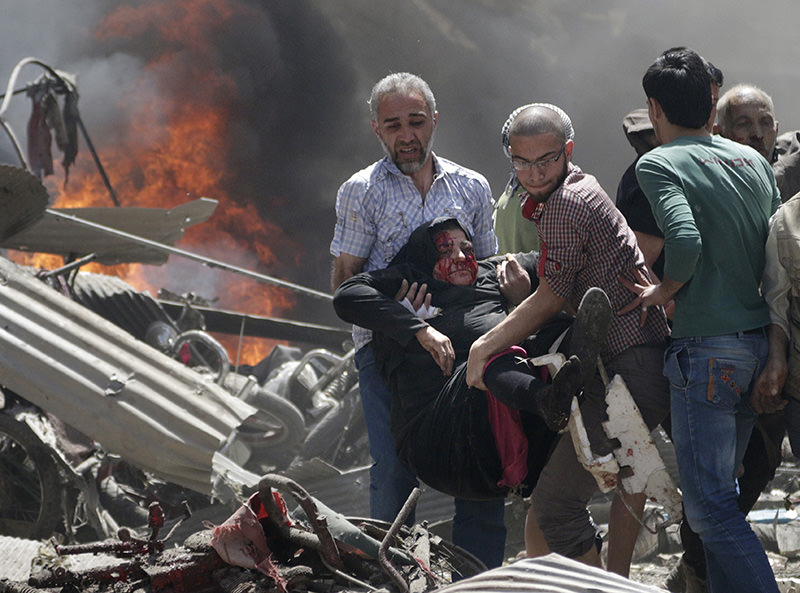 Syrian regime forces backed by Russian air power launched a counter-attack against rebels in the northwestern province of Latakia, a rebel group and a conflict monitor reported, as violence was reported across much of the northwest on Tuesday.

Targets included towns and villages where a partial truce agreement had brought about a lull in fighting between the government and rebels since Feb. 27. That agreement has unravelled in recent weeks.

Air strikes killed at least five people in the town of Kafr Nubl in the insurgent stronghold of Idlib province, and three others in nearby Maarat al-Numan, the Syrian Observatory for Human Rights monitoring organisation reported.

A civil defense member from Maarat al-Numan told the official Anadolu Agency that 28 civilians were killed and 35 others were wounded as a regime warplane targeted a marketplace. He added that five killed and 12 injured in airstrike carried out in Kafr Nubul were also civilians.

Rockets fired by insurgents, meanwhile, killed three children in nearby Kefraya, a Shi'ite town loyal to the government, it said. State media said the dead were members of one family.

The fighting in Latakia was focused on areas where insurgent groups had launched an attack on government forces on Monday, and where battles had often erupted despite the cessation of hostilities agreement.

"The regime is trying to storm the area, with the participation of Russian helicopters and Sukhoi (warplanes)," said Fadi Ahmad, spokesman for the First Coastal rebel group in the area. The Observatory said fighting had been raging since morning.

Regime air strikes and barrel bombing was also reported in northern areas of Homs province that are under rebel control. The use of barrel bombs, or oil drums filled with explosives, has been denied by the Syrian regime but widely recorded including by a U.N. commission of inquiry on Syria.