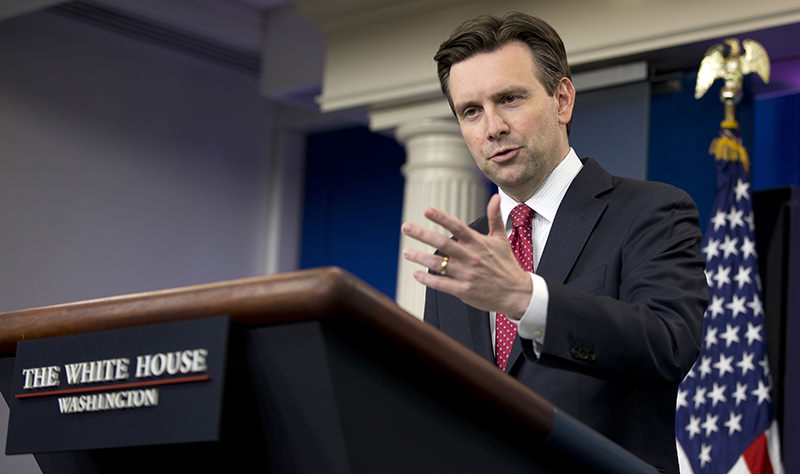 Russia has been repositioning artillery to northern Syria, including near the city of Aleppo, a U.S. official said on Thursday, in a move that is stoking U.S. concern about what Russian-backed Syrian forces intend to do next.

Speaking on the condition of anonymity, the official's confirmation follows local reports that claimed Russia has been repositioning artillery to northern Syria as the government prepares another assault on Aleppo. The official said the repositioning of artillery and some forces near Aleppo followed the regime's recapture of the city of Palmyra from Daesh.

Analysts said the Kremlin had changed rather than diluted its military power by increasingly relying on helicopters to support the regime forces.

A Pentagon spokesman, Captain Jeff Davis, noted the Pentagon's concern about Russian activities in support of the regime but declined to get into specifics.

Again on Thursday, White House Press Secretary Josh Earnest said that the U.S. is concerned about reports that Russia is moving more military material into Syria.

He was speaking at a press briefing in Saudi Arabia's capital Riyadh where President Barack Obama was attending a summit with Gulf Arab leaders to discuss regional security issues.

Although Moscow pulled out more than half of its fighter aircraft in mid-March, it has broadly preserved air and ground capabilities within the war-torn country to prop up the Bashar al-Assad regime.

"We've been concerned about reports of Russia moving materiel into Syria," Ben Rhodes, deputy national security adviser to President Barack Obama, said at a briefing earlier in the day in Riyadh where Obama was at a summit with Gulf leaders.

"We think it would be negative for Russia to move additional military equipment or personnel into Syria. We believe that our efforts are best focused on supporting the diplomatic process," Rhodes added.

Syrian opposition has accused the Assad regime of violating a cessation of hostilities agreement crafted in Geneva in February, to capture Aleppo that is already divided between the regime and opposition forces.

U.S. officials have noted a significant presence of the al Qaeda-linked al Nusra Front around Aleppo. Al Nusra is not included in the cease-fire agreement.