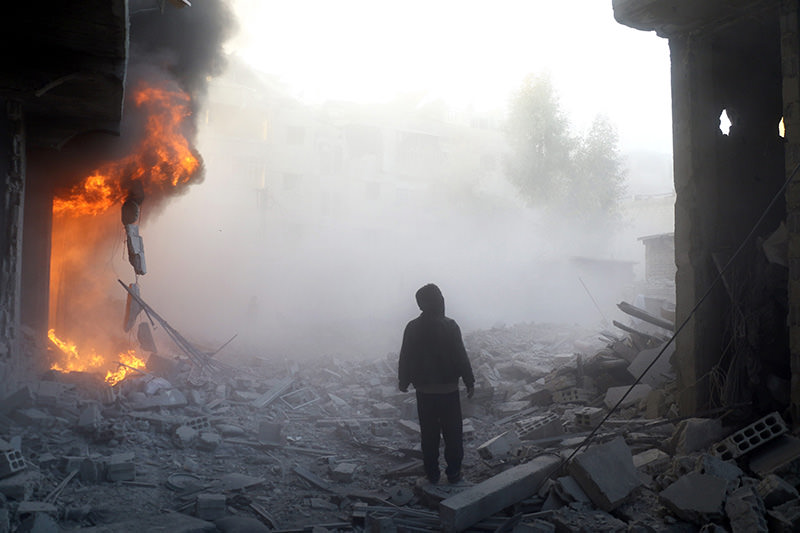 Opposition activists say Syrian regime strikes have killed 25 people, mostly civilians, in attacks on rebel-held areas near the capital and in the country's largest city.

The Britain-based Syrian Observatory for Human Rights says the regime shelling of rebel strongholds in eastern Ghouta, a Damascus suburb, on Saturday killed at least 13 people, including three women and two children.

The activist-run Aleppo Media Center said airstrikes Saturday on a residential area and market in a rebel-controlled district of the contested city killed 12 people, including children.

State-news agency SANA says a child was killed in a rebel shelling outside Damascus.