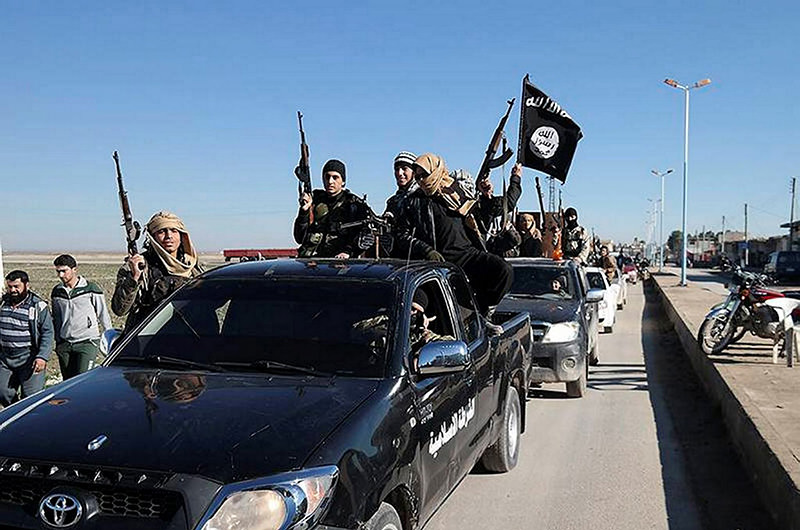 The Britain-based Syrian Observatory for Human Rights, a network of activists monitoring the Syria conflict, said the extremist group took five villages in Azaz district, north of Aleppo, where rebels hold an enclave host to tens of thousands of internally displaced civilians.

Syrian rebels are anticipating a major regime offensive against their position in Aleppo, Syria's largest city and once the commercial capital. Aleppo has been divided between regime and rebel control since 2012. Dozens of civilians have been killed in shelling and airstrikes on the city over the past week.

A regime offensive backed by Russian air power and regional militias earlier this year dislodged rebels from parts of Azaz and severed their corridor between the Turkish border and Aleppo. The predominantly Kurdish Syrian Democratic Forces (SDF), who are fighting for their autonomy in the multilayered conflict, also made ground against the rebels.

That left the rebels in Aleppo with just one narrow corridor to the outside world, through Idlib province. Those in Azaz are now squeezed between Daesh to the east and the SDF to the west and south, while Turkey tightly restricts the flow of goods and people through the border.

Doctors Without Borders and other aid organizations warned earlier this month that the humanitarian situation for over 100,000 people trapped in the Azaz rebel-held pocket was critical.

Wednesday's advance puts Daesh in a better position to strike the towns of Marea and Azaz.

Syria's conflict began with mostly peaceful protests in 2011, but a brutal government crackdown and the rise of an armed insurgency eventually plunged the country into a full-blown civil war. The fighting has killed more than 250,000 people, according to the United Nations, which stopped tracking casualties several months ago.