Truce reached in Aleppo, Assad vows to destroy all 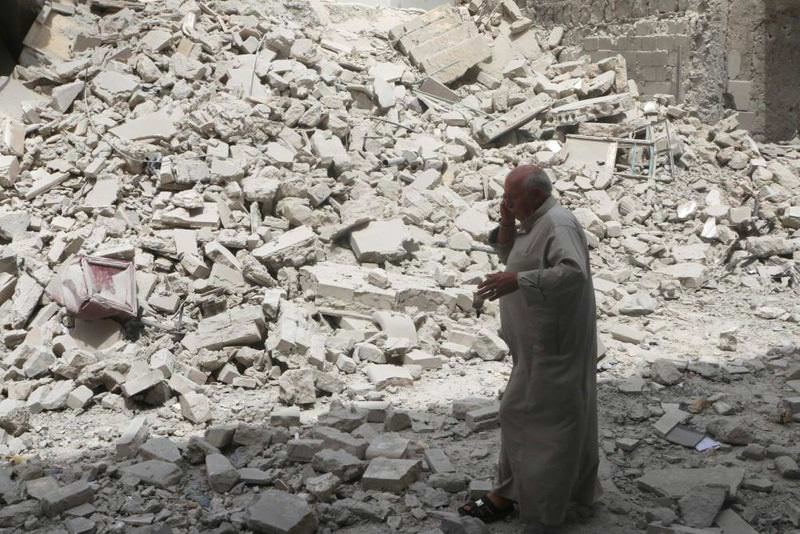 The United States and Russia have agreed on a truce to end the heavy clashes and air strikes in Aleppo. Syria's Assad, however, said he seeks a crushing victory and thanked Moscow for its military support

A cessation of hostilities agreement brokered by Russia and the United States brought a measure of relief to the battered Syrian city of Aleppo on Thursday but Bashar Assad said he still sought a total, crushing victory over opposition forces. Syrian state media said the army would abide by a "regime of calm" in the city that came into effect at 1 a.m. (2200 GMT on Wednesday) for 48 hours, and relative calm prevailed on Thursday morning after two weeks of death and destruction. The army blamed insurgents for violating the agreement overnight by what it called indiscriminate shelling of some government-held residential areas of divided Aleppo. But residents said the violence had eased by morning and more shops had opened up. In a telegram sent to Russian President Vladimir Putin thanking Moscow for its military support, Assad said the army was set on "attaining final victory" and "crushing the aggression" in its fight against the opposition groups.

However, two blasts struck a central Syrian village Thursday, killing at least six people and wounding dozens, hours after a truce brought relative calm to the northern city of Aleppo after weeks of escalating violence there. The governor of Homs, Talal Barrazi, told The Associated Press that the blasts were trigged by a car bomb and a suicide attacker wearing an explosive belt who detonated his device in the village of Mukharam al-Fawkani. The village is east of the central city of Homs, Syria's third largest. There was no immediate claim of responsibility for the twin attacks. DAESH has claimed responsibility for similar attacks in Homs province in recent months that killed scores of people. The Britain-based Syrian Observatory for Human Rights said 10 people were killed in the twin blasts, adding that more than 40 were wounded. Differing casualty figures are not uncommon in the immediate aftermaths of explosions.

Meanwhile, Syrian mainstream opposition groups have set up a task force to defuse tensions that have led to widespread bloodletting among rival factions that killed dozens in recent weeks in opposition-held suburbs of Damascus, a prominent opposition figure said on Wednesday. The signatories to the newly set up force include some of the so-called Free Syrian Army's biggest brigades such as Levant Front, Nour al Din al-Zenki, Failaq al Sham, Jaish al Mujahdeen and Jaish al Islam which have thousands of fighters within their ranks, many of whom are foreign financed and armed. Mohammad Alloush, a prominent member of the powerful Jaish al Islam, the main group in the eastern suburbs of Damascus, told Reuters his group joined the new force to avoid the spread of inter-opposition warfare. Heavy fighting between Jaish al Islam and their rivals Failaq al Rahman, the two strongest insurgent groups in the Damascus suburbs, killed scores this week, allowing the Syrian army to gain ground and raising fears of wider internecine warfare among rival groups elsewhere in Syria. "This force will arbitrate disputes so that our blood is not spilled and to avoid side conflicts that benefit the regime and to focus on the regime and DAESH," Alloush said. "This infighting would be catastrophic to our revolution. We don't want it to spread," he said, adding that the signatories have promised to contain disputes by judicial arbitration.
RELATED TOPICS