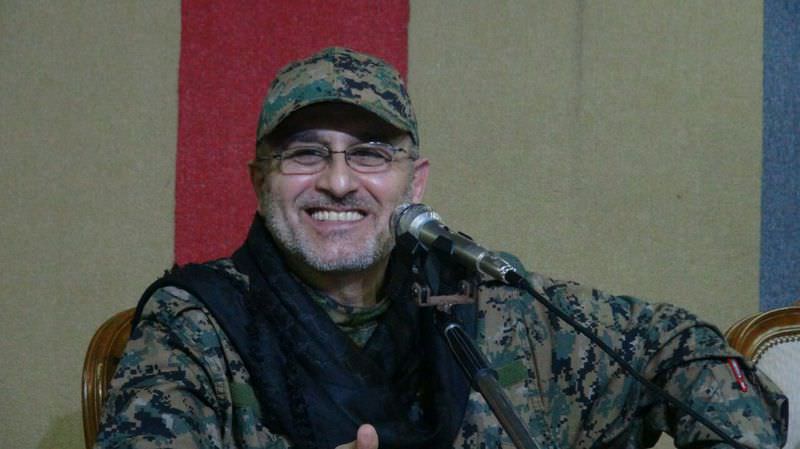 An undated handout photo released on May 13, 2016 by Hezbollah's media office shows Mustafa Badreddine smiling at an undisclosed location (AFP Photo)
by Daily Sabah with AP May 13, 2016 12:00 am

Hezbollah said in a statement that Badreddine was killed in Syria where he had been fighting, without giving further details.

The Beirut-based Al-Mayadeen TV, which is close to the Lebanese Shiite group, earlier said Badreddine was killed in an Israeli airstrike but later removed the report.

Badreddine ("Ba-dre-deen") was one of four people being tried in absentia for the murder of former Lebanese Prime Minister Rafik Hariri. The 2005 suicide bombing that killed Hariri and 22 others was one of the Middle East's most dramatic political assassinations. The trial is ongoing near The Hague, Netherlands. A billionaire businessman, Hariri was Lebanon's most prominent politician after the 15-year civil war ended in 1990.

Hezbollah denies involvement in Hariri's assassination and says the charges are politically motivated.

Badreddine's death is the biggest blow to the militant group since the 2008 assassination of his predecessor, Imad Mughniyeh, who was killed in a bomb attack in Damascus. After that, Badreddine, known among the group's ranks as Zulfiqar, became Hezbollah's top military commander and adviser to the group's leader, Sayyed Hassan Nasrallah.

In the past, Israel has killed some of the group's top commanders.

Hezbollah fighters have been fighting in Syria in support of Syria's Assad regime forces, responsible for the killings of more than 300,000 people, displacing about three million other Syrians since the beginning of the civil war which has been ongoing for the past five years.

Hezbollah has also backed the regime forces in the siege on Madaya, leaving thousands of civilians without access to food supplies, which had sparked international outcry and has been accused of committing war crimes.

Although Hezbollah has not reported the number of its fights in Syria, reports claim that it has lost more than a thousand of its fighters in the country.