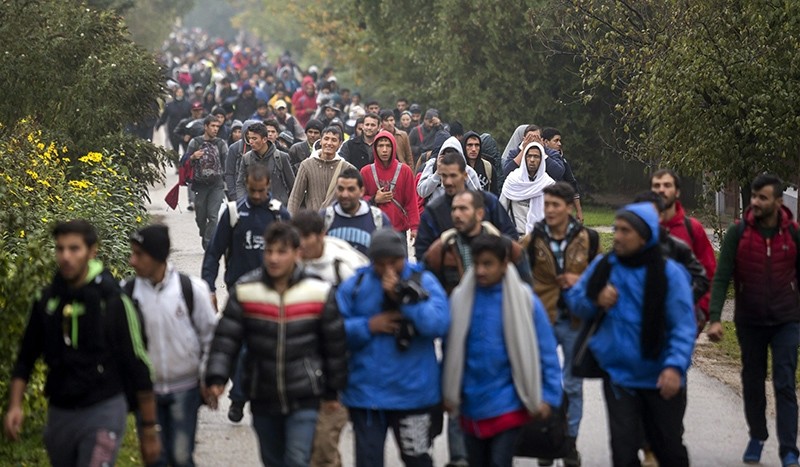 The surge of migration to Europe is enormously positive for EU economies in the long term, the director general of the International Organization for Migration (IOM) said, praising improved efforts by European nations to integrate migrants into the economy.

Over one million migrants, many refugees escaping conflict in Syria and other states, arrived in Europe in 2015 and almost 200,000 have arrived so far this year by land and sea routes.

The influx has caused concern in some conservative EU societies, boosting right-wing parties, and also prompted the bloc to negotiate a controversial deal with key transit country Turkey to stem the flow of migrants.

"In general it is positive, because migrants bring a lot of motivation," Swing told AFP at the World Humanitarian Summit in Istanbul.

"Many of them bring a specific skill or they bring low level skills that fill jobs that people... in the European Union, United States, Japan for example... don't want to do," the head of the inter-governmental organization said.

"It (the benefit) is all very positive if you look over it in the medium term at least. And in the long term it's enormous."

With 20 million refugees and 40 million displaced persons in the world, the issue of integrating migrants has taken on a huge importance at the summit.

Overall, around one in seven people around the world could be considered in a state of migration, said Swing.

He said Europe had started to act more seriously after failing to "see or hear the early warning signals" that migrants who had spent up to half a decade in refugee camps would want to move north.

"The European Union is making a serious effort to try to address the question of trying to find a way to decide who these people are, which ones are actually refugees, which ones could be integrated into local economy."

He hailed the "courage" shown by German Chancellor Angela Merkel in her willingness to integrate migrants.

"I think that the European Union simply was divided on the issue. That made the problem worse than it might have been," he said.

"We need to keep working together, we work very closely with the European Union to try to address this question.

"A lot of these people will get refugee status, some are making their way into the labour market and some may want to go home in which case they can be helped".