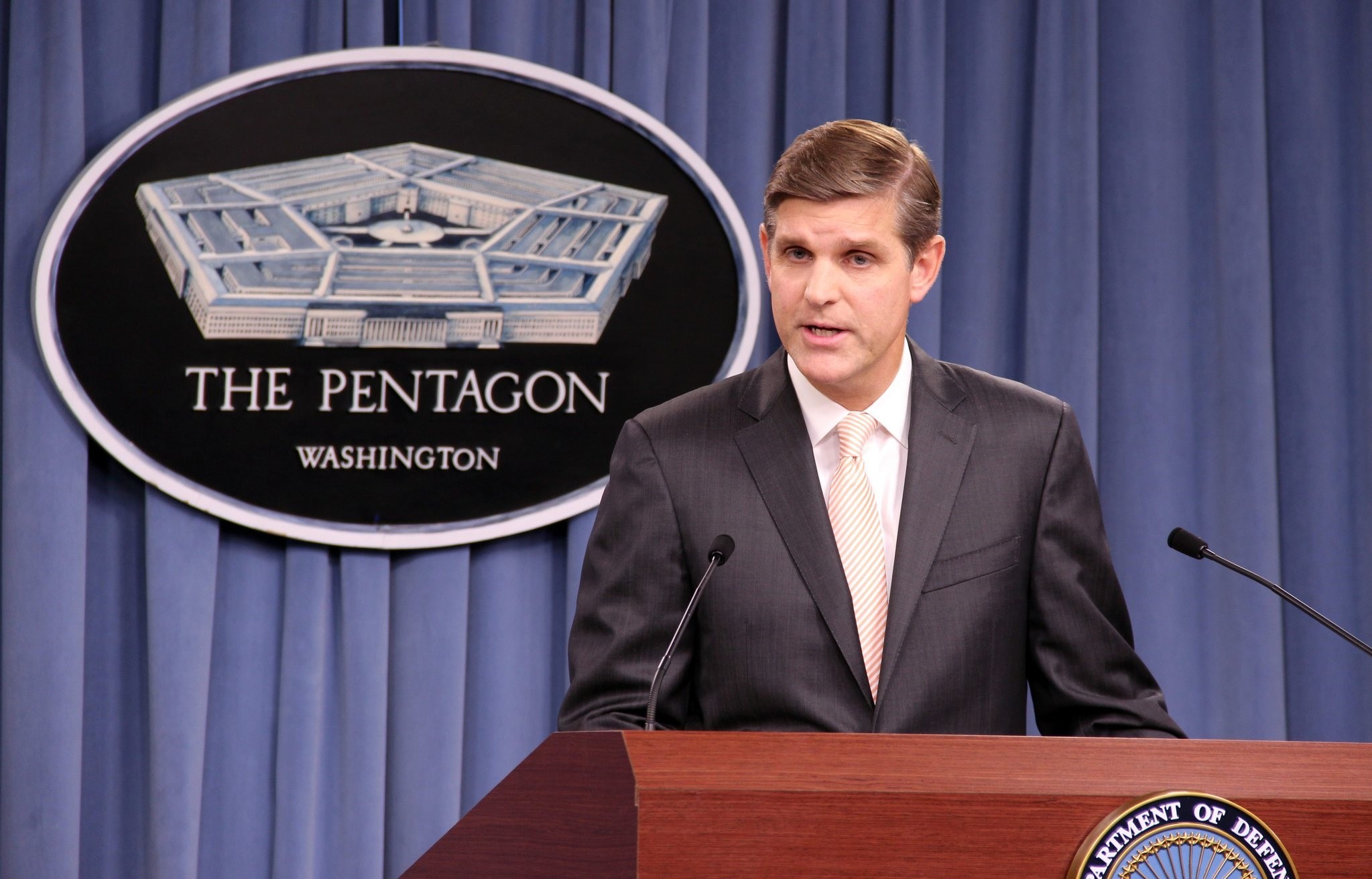 Pentagon spokesperson Peter Cook speaks to reporters during a press conference in Washington, D.C. (AA Photo)
by Daily Sabah May 27, 2016 12:00 am

After photos surfaced of U.S. troops wearing Kurdish YPG patches in Syria, Pentagon spokesman Peter Cook glossed over the YPG insignias and said the strategy had been applied for security reasons. "Special operations forces, when they operate in certain areas, do what they can to, if you will, blend in with the community to enhance their own protection, their own security," Cook said on Thursday.

Along with this, Washington also denied that it has provided arms to the YPG in Syria, although previously reports and YPG statements have said otherwise. "We are playing an advise and assist role," State Department spokesman Mark Toner said on Thursday. "But assisting is not specifically providing arms."

The U.S. provided arms to the PYD in October, which drew heavy criticism from Ankara. The U.S. air force dropped 50 tons of arms and ammunition to the YPG in the northern Syrian province of Hasakah. The 112 pallets reportedly contained ammunition for M-16s and AK-47s.

According to a statement from the Syrian Local Coordination Committee in February, the U.S. sent two loads of ammunition to the YPG, and advisers were dispatched to Tishrin Dam south of Kobani. Furthermore, 250 members of the Syrian Democratic Forces (SDF) were stationed in the town of Sarrin in eastern Aleppo, the statement added.

Despite making remarks about how it understands Ankara's concerns, Washington's actions in the field and several other statements show the two countries are still on different pages.