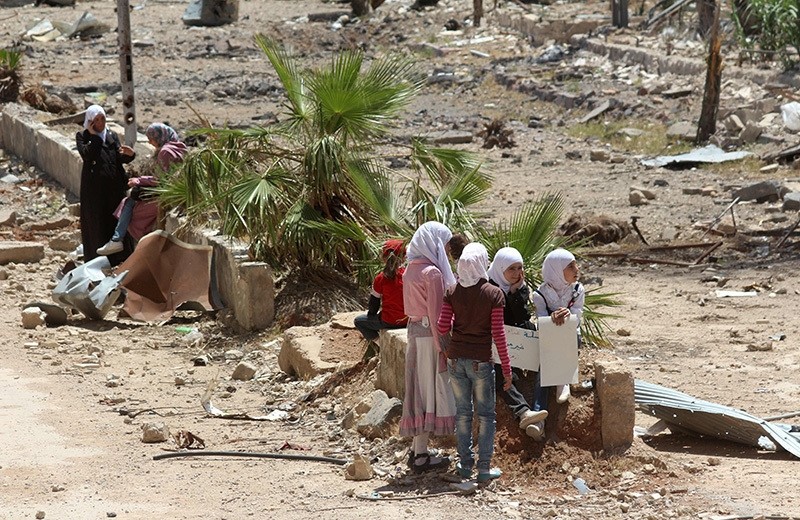 A humanitarian aid convoy on Wednesday entered the opposition-held Syrian town of Daraya, the Red Cross said, in the first such delivery since a regime siege began in 2012.

The United Nations had warned last month if it did not see improvement on aid access to besieged areas by June 1, it would task the World Food Programme to carry out air drops of assistance in Syria.

The International Committee of the Red Cross said both United Nations and Syrian Arab Red Crescent staff were involved in Wednesday's delivery.

According to the rebel-held town's local council, the convoy included only "medical supplies," but no food aid for starving residents.

An estimated 8,000 people live in the town, which lies just a 15-minutes drive southwest of Damascus.

Despite intensifying appeals from its residents, the United Nations and rights groups, Syria's government had so far repeatedly refused to allow aid into the town.

On May 12, a five-truck aid convoy waiting on Daraya's outskirts was denied permission to enter in a dramatic 11th-hour rejection.

"The last time, people were filling the streets waiting for the aid to come in," activist Shadi Matar told AFP from inside Daraya.

"This time, there was no one. They were afraid the regime will shell them and they know the convoy only holds medical aid," he said.

According to the UN, a total of 592,000 people live under siege in Syria, and another four million live in hard-to-reach areas.

Earlier on Wednesday, Russia announced that a local truce would be observed for 48 hours in Daraya to ensure that aid could be delivered safely.

The temporary freezes on fighting have been introduced in Daraya and elsewhere as a way to reinforce a broader ceasefire brokered by Russia and the US for swathes of Syrian territory.

More than 280,000 people have been killed since Syria's conflict erupted in March 2011, and millions have been forced to flee their homes.