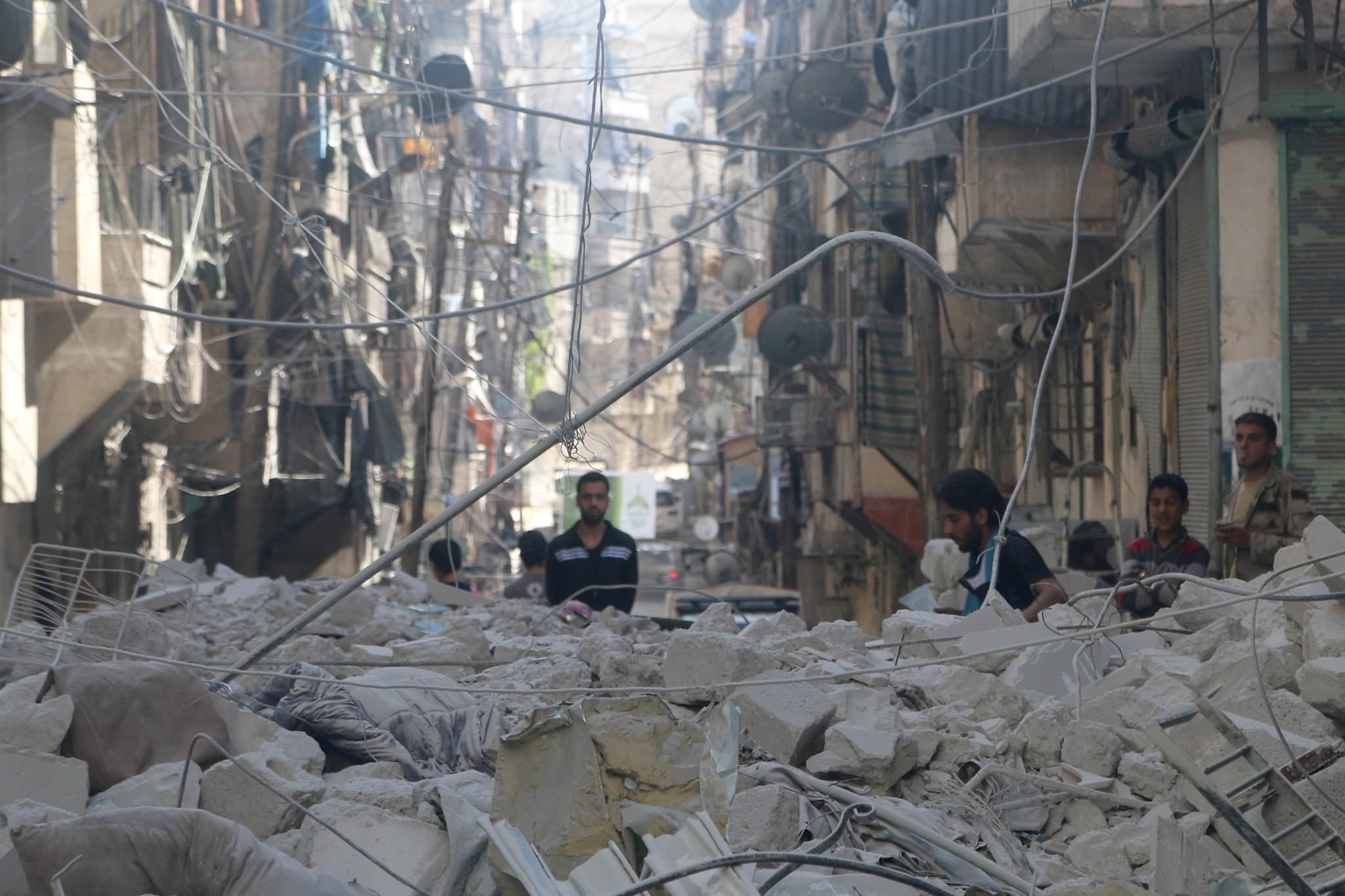 Six children were among 19 civilians who were killed Thursday after Assad regime warplanes bombed opposition-held neighbourhoods in Syria's largest city of Aleppo, the civil defence said.

As Syrians mark the fifth anniversary of the anti-regime protests, which started peacefully, hundreds of thousands of people have died while the war has changed regional and international balances of power due to the involvement of Russia and Iran. In March of 2011, Syrians were emboldened enough to raise their voices against the dictatorship.

However, the regime's response was not as peaceful as the protests, and the country was subsequently dragged into a devastating conflict after opposition groups took up arms against the Assad regime. The emergence of terrorist groups such as Daesh and al-Nusra Front has also changed the color of the war, leading U.S. to expand its so-called war on terror to Syria. The war also caused an unprecedented migration crisis as millions of Syrians fleeing conflict, are attempting to reach Europe.