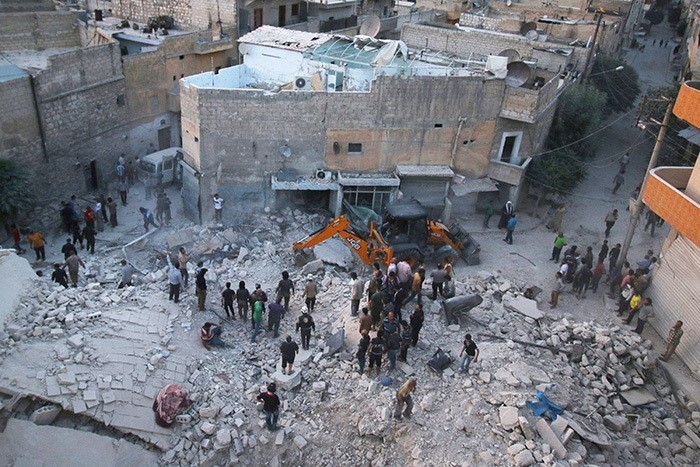 Regime bombing raids in and around the northern Syrian city of Aleppo killed 31 civilians Friday, including 10 when their bus was hit, the civil defence said in a revised toll of casualties.

"As well as the 10 civilians killed in strikes on the bus... 21 others died in intense strikes on several neighbourhoods in the east of the city since dawn," the organisation known as the White Helmets said.

The Syrian Observatory for Human Rights, a British-based monitoring group, also reported intense strikes on the road but gave a lower toll of eight civilians killed.

The Castello road, where a bus was also hit by regime bombing raids on Wednesday, is a key rebel supply route out of divided Aleppo.

At least 280,000 people have been killed and millions displaced since Syria's war started with the brutal repression of anti-government protests in 2011.