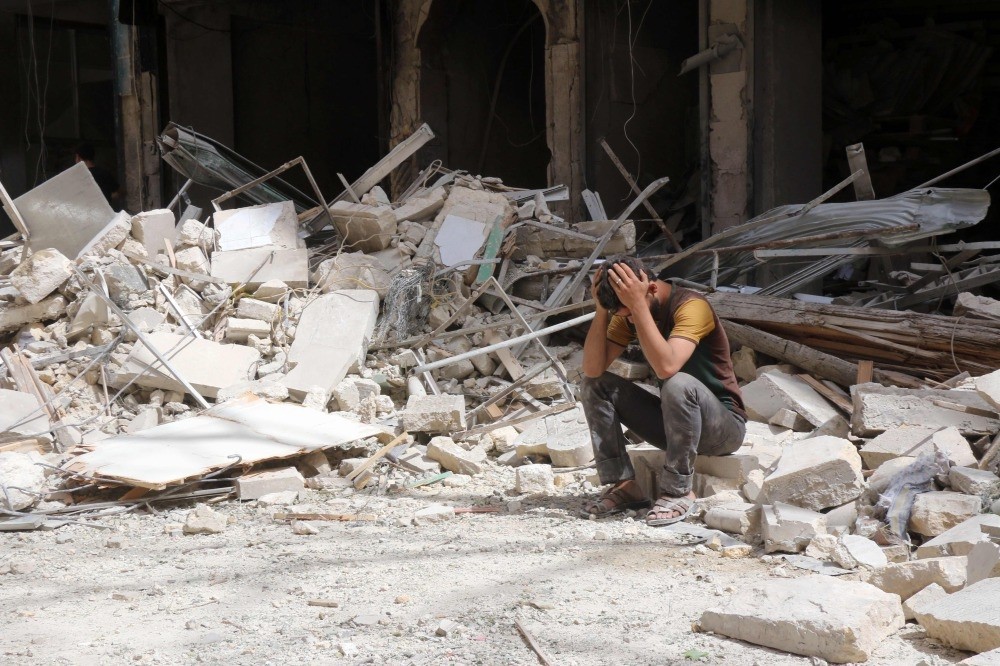 by Daily Sabah with Wires Jun 06, 2016 12:00 am
U.S.-backed Syrian Democratic Forces (SDF), dominated by the Syrian PKK-affiliate Democratic Union Party (PYD) and People's Protection Units (YPG) militia, have progressed to within 5 kilometers (three miles) of the perimeter of the DAESH bastion in an operation to overtake Daesh fighters in the strategic northern town of Manbij, a monitor said Sunday.

The group, part of an alliance of Kurdish and Arab militias, launched an assault last week on Manbij after crossing the Euphrates River in Syria on Thursday, which Ankara said is a redline and national security threat.

"The Syrian Democratic Forces are now within about five kilometers of the strategic city of Manbij," said the Syrian Observatory for Human Rights, a Britain-based monitoring group. Manbij is located along a route connecting Raqqa – DAESH's de facto capital in Syria – to the Turkish border, a vital conduit for supplies and foreign fighters.

55 airstrikes have been carried out since the offensive began last Monday, he said, adding that the goal was to hamper DAESH's ability "to move fighters, weapons, finances [and] supplies into and out of Syria and Iraq."

Some 3,000 Arab fighters were taking part in the offensive, backed by around 500 Kurdish militia members, he said, adding that U.S. special forces were working "at the command and control level" in the operation.

Speaking at a press conference in Kenya Thursday, President Recep Tayyip Erdoğan said the U.S. assured Turkey that mostly Arab forces would conduct the operation in Manbij instead of the YPG. "The main forces are Arab militants. That is what we were told," he said.

Ankara has reiterated that the YPG crossing west of the Euphrates is crossing a red line, evidence of PYD expansionist policies being implemented under the guise of fighting DAESH. "Turkey does not need to obtain permission from anyone to interfere in the region to secure its borders," Erdoğan asserted in a previous televised interview.

Elsewhere, Syrian regime forces had crossed the boundary of Raqqa province after advancing in a major Russian-backed offensive against DAESH militants, the Syrian Observatory for Human Rights said on Saturday.

Heavy Russian air strikes hit territory in eastern areas of Syria's Hama province near the boundary with Raqqa province on Friday, and regime forces reached the edge of the province.

Going on the offensive in the region for the first time since 2014, regime forces aim to reach the country's largest dam. The Tabqa Dam on the Euphrates River, 40 kilometers (25 miles) upstream from the city of Raqqa, is also the target of a separate offensive launched by the U.S.-backed, Kurdish-led SDF militia group advancing from the north late last month.

"It seems there has been an undeclared coordination between Washington and Moscow," Syrian Observatory for Human Rights Director Rami Abdel Rahman told AFP, referring to the pincer movement by the two governments' respective Syria allies.

Meanwhile, a Russian airstrike on the Syrian city of Aleppo killed eight civilians on Saturday, a civil defense source said.

The jets targeted the opposition-controlled neighborhood of al-Sakhour, wounding scores more, the source told Anadolu Agency on the condition of anonymity due to fear of reprisals. Civil defense volunteers ferried the casualties to nearby field hospitals.
RELATED TOPICS