No progress made on Syria's political transition, says US 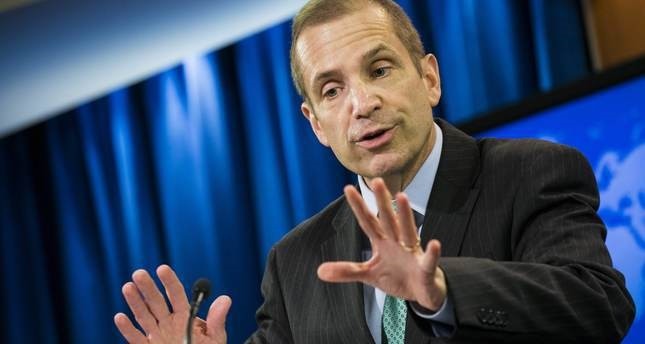 There has been no progress made to start the political transition for Syria on Aug. 1, the State Department said Monday.

"With the current climate, the current environment, it's hard to get the opposition certainly back to Geneva," State Department spokesman Mark Toner stated during a press briefing.

Though the situation in Syria is "better than it was before", according to Toner, a complete adherence to the deadline should be achieved by Aug. 1 in order to let the political transition begin.

Toner said the U.S. is working to make the political transition happen, however, he added that it would be possible only with the coordination of other countries.

"If we get the right kind of coordination and buy-in from Russia, from all members of the International Syria Support Group (ISSG) and then most importantly the parties on the ground," Toner said.

"We're not ready to throw in the towel," he said, adding that deadlines were "action-enforcing events".

"It's not like Aug. 2 we're going to throw in the towel and everybody walk away."

The U.S. recently warned the Russia-backed Syrian regime to start a political transition that does not include Bashar Assad, or they risk the consequences of a new U.S. approach to end the five-year-old civil war.

Meanwhile, Secretary of State John Kerry spoke with his Russian counterpart Sergey Lavrov earlier Monday about how to reach the political transition and to deliver humanitarian assistance to the besieged towns in Syria without facing obstacles, according to Toner.

He said the U.S. is waiting for Russia's response to proposals on specific locations to reinforce a cessation of hostilities agreement in Syria.

These specific areas are in northwest Aleppo, where terrorist groups and the Syrian opposition are intermingled, which the Syrian regime continues to attack.

The truce went into effect in February to halt the violence on all sides in Syria. Daesh and al-Nusra terrorist organizations were excluded from the agreement.

But the Syrian regime has conducted airstrikes against civilians and civilian facilities in areas which are included in the cease-fire deal.

UN envoy for Syria, Staffan de Mistura, recently announced that the international body would not hold another round of Syrian talks until both sides agree on parameters for a political transition deal by Aug. 1.