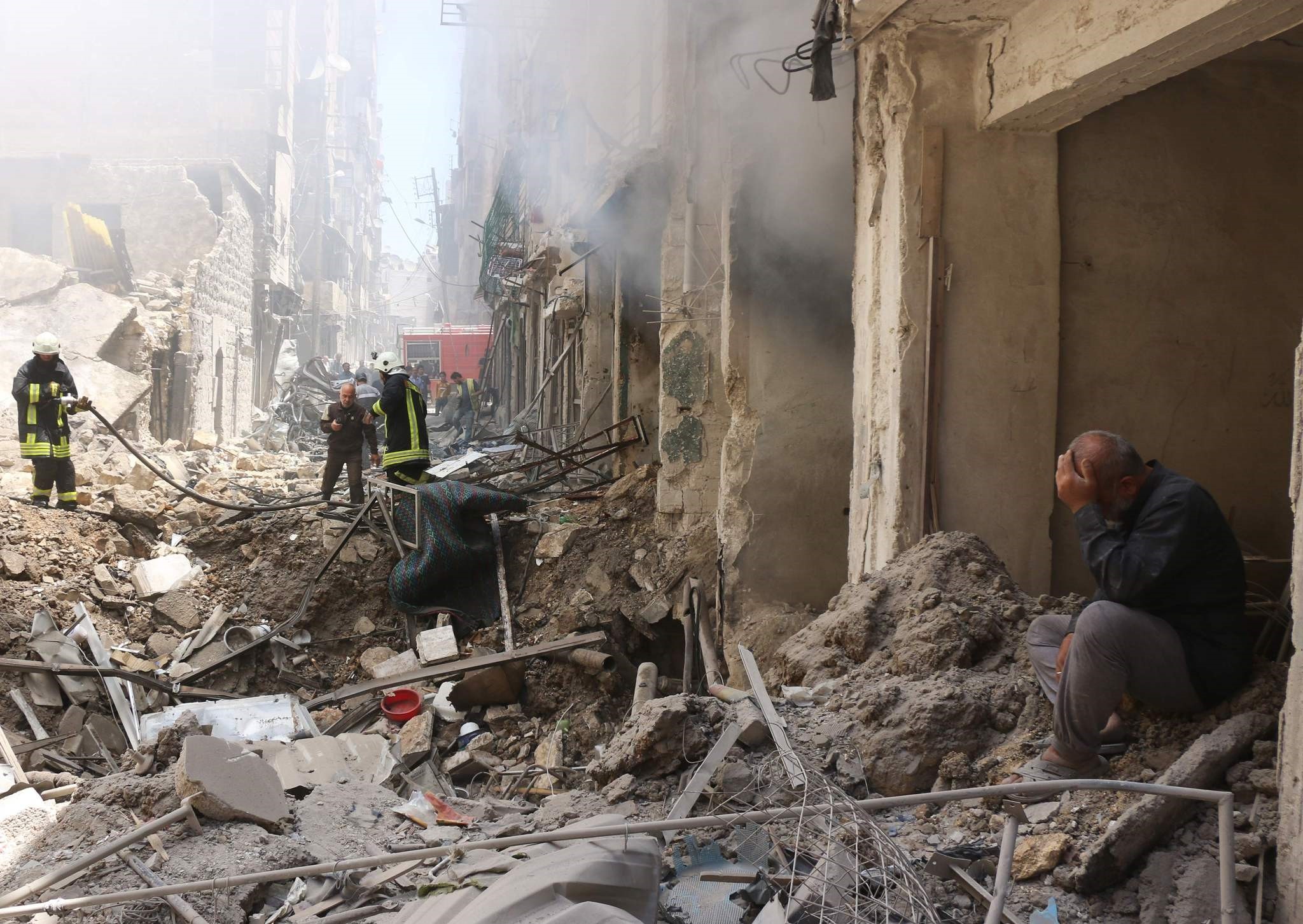 Air strikes hit opposition-held parts of Aleppo just hours into an announced 48-hour ceasefire and fighting carried on in and around the northern Syrian city, monitors and witnesses said.

Aleppo, Syria's largest city before the civil war with a population of more than two million people, has been divided for years into opposition and regime sectors. Capturing the city is one of Bashar al-Assad's key strategic objectives.

Russia, an ally of Syrian regime, announced the truce there on Thursday but did not say which parties had agreed to it. There has been no public comment on the truce announcement from regime or factions fighting his forces.

The Britain-based monitor the Syrian Observatory for Human Rights said aerial bombardments hit a number of neighbourhoods in the opposition-held sector and that there were reports of one death and some injuries.

"There were strikes on a number of residential areas causing fires and damage. The truce was supposed to have come into
effect at 12 midnight, but now there is no truce," Bebars Mishal, a civil defence chief working in rebel-held areas of Aleppo told Reuters.

Medical charity Medecins Sans Frontieres (MSF) said an air strike had put one of Aleppo's biggest hospitals out of service.

It was not immediately clear if strikes had hit the 64-bed MSF-supported Omar Bin Abdulaziz hospital directly or nearby, and the extent of damage was not known.

MSF condemned the continued attacks on healthcare in Syria on its Twitter account and said it was "extremely worried about (the) potential impact on people's access to healthcare" in the city.

Two residents in Aleppo said there had been a number of barrel bombs dropped from helicopters and aerial attacks on Thursday within the city.

The opposition-held part of Aleppo has been cut off in the past two weeks from the outside world as an escalation in air and artillery strikes on the only road in has made journeys perilous and put hundreds of thousands of people under effective siege.

Despite the truce, fierce fighting between regime and opposition forces took place overnight around this road, known as the Castello road, with heavy regime shelling of the area, the Observatory said.

A Reuters witness said jets and helicopters have been continuously seen in the skies above the Castello road since dawn.

Opposition forces have since midnight also fired rockets into regime-held territory in Aleppo, the Observatory said.

In countryside around Aleppo, fighting and air strikes continue.

North of Aleppo, air strikes have hit the villages of Anadan, Hayan and Hariyatan. South of Aleppo, ferocious fighting went on between opposition and regime and allied forces, which include fighters from Lebanese group Hezbollah. This area has seen territory lost and gained by both sides this week.

Humanitarian organisations said the fighting was making it impossible to deliver aid.

"The longer the fighting continues, the more people will suffer. In Aleppo the situation is already dire and it will get even more difficult," a spokesman for the International Committee of the Red Cross said.