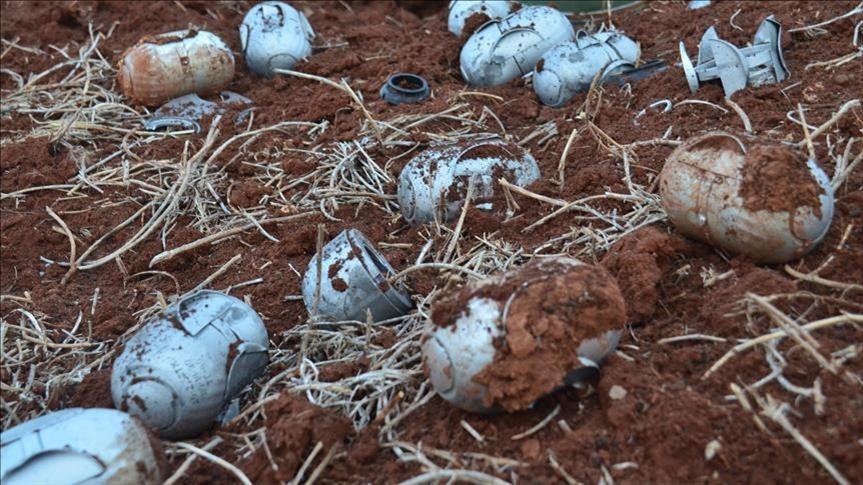 A Russian state television channel has broadcast footage that appears to show Russian warplanes carrying out airstrikes in Syria with the use of incendiary cluster munitions, according to the Conflict Intelligence Team (CIT), an open-source intelligence outfit.

The footage shows Shoigu inspecting the base, along with images of Russian warplanes carrying out airstrikes in Syria using what appear to be RBK-500 ZAB 2.5SM incendiary cluster bombs.

After the footage was widely shared on the internet, Russia Today broadcast a re-edited version of it on Sunday, omitting the roughly five seconds of video that appeared to depict the use of cluster bombs in Syria.

On Tuesday, CIT, an open-source intelligence outfit based in Russia and Ukraine devoted to tracking Russian military activity, published an analysis comparing the original footage with the edited version.

Speaking on Russia's RBC television channel on Tuesday, Russia Today spokesman Anton Vorontsev conceded that a certain part of the video had been cut, which, he said, had shown a Russian fighter pilot, who, it was feared, could be exposed to security risks as a result.

The original footage, Vorontsev said, was later rebroadcast once it was decided that it posed no threat to the pilot.

Due to the devastating effects of cluster munitions on civilians in both in combat and non-combat periods, 100 states have ratified the Convention on Cluster Munitions and banned the usage of this weapon.

Prominent weapon-exporting countries like the U.S., Russia and China, major regional powers like Brazil and India, and most countries of the Middle East and Asia have not ratified the convention so far.
Last Update: Jun 21, 2016 5:21 pm
RELATED TOPICS