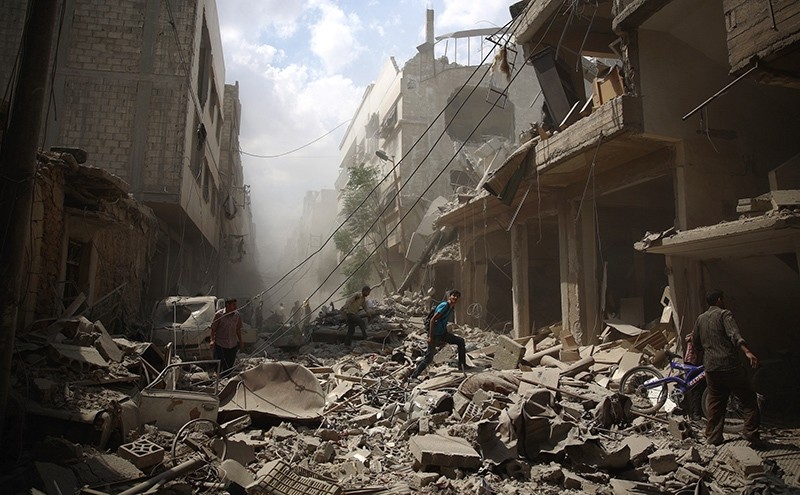 "Since Russia and Syria have renewed their joint air operations, we have seen a relentless use of cluster munitions," Ole Solvang, HRW's deputy emergencies director, said.

Cluster bombs are banned by a 2008 convention signed by 98 states because they have a wide range of impact and tend to leave behind unexploded bomblets, resulting in civilian casualties during and after their use.

A large number of the documented cluster munition attacks in Syria took place north and west of the city of Aleppo, as Russian and regime forces tried to besiege the part of the city controlled by opposition groups, HRW said.

It added that on July 11, aircraft carried out multiple attacks on fuel trucks on the outskirts of Termanin, a village in Idlib province in north-western Syria, killing at least 10 people and wounding others.

HRW said that since mid-2012, the Syrian forces have used both air-dropped and ground-launched cluster munitions.

Cluster munition attacks in Syria have increased significantly since Russia began its military operation there in September 2015, according to the watchdog.
Last Update: Jul 28, 2016 11:35 am
RELATED TOPICS